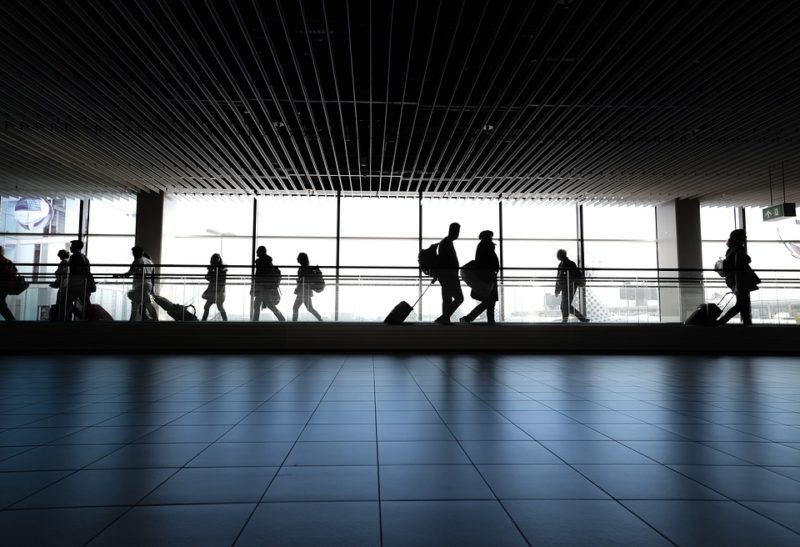 TSA screened a record low of 87,534 passengers in mid April. Since then, passenger count has increased, on April 30th it went up to 154,695 screenings. As passenger numbers start to rise, airlines start to make it mandatory to wear face masks.

Some had stay-at-home orders that expired in the last few days, giving some people the opportunity to return home if necessary. However, tourist travel remains highly discouraged and shuttered until now.

Wind pushes Dreamliner in Airbus A350

A strong storm hit Doha Hamad International on Thursday April, 30.  The Airport temporarily ceased operations as gusts of wind swept over the apron of over 100 kilometers an hour.

A Qatar Airways Dreamliner managed to break free from the brake chocks and was slowly but steadily pushed towards an A350 by the wind. His nose then collided with the other plane's belly. The aircraft were also only slightly damaged.

Amsterdam Schiphol postpones construction of new terminal due to COVID-19

Schiphol Airport may take years to return to old passenger numbers. Therefore, the construction of the new terminal is postponed to an undefined time.

The orders for the construction of the new building should actually be awarded in June 2020. But the airport has now canceled this date. There is no new appointment yet.

The airport said it had to cut costs in the current situation and achieve an optimal balance between short-term investments and future capacity requirements.

The new terminal creates space for up to 14 million additional passengers per year. It will be built right next to the control tower and connected directly to the existing terminal building.

Schiphol explains that it is not unreasonable to assume that it will take years before the number of passengers and flights moves back to pre-crisis levels.