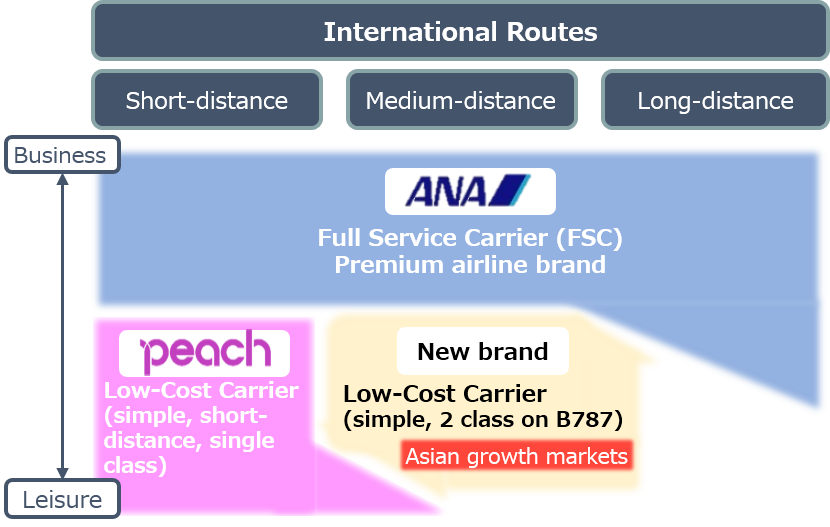 ANA announced that they will transform some of their activities and introduce a new low-cost airline.

The new, for now nameless airlines, will have two classes. It will have Boeing 787 aircraft and will mainly operate on leisure mid-haul routes.

It is yet unknown if the airline's two classes will be economy and business or if they introduce a different model.

In addition, ANA announced that their other airline, Peach, will continue to grow.

ANA as the core airline will focus to be a premium brand as a full service carrier.