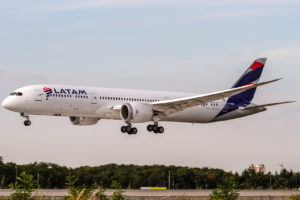 After problems with their B737Max and new B777s, Boeing now has even more problems, this time with the Dreamliner.

In August, Boeing had to recall 8 of their B787. Boeing said on Tuesday it learned during fabrication of the 787 horizontal stabilizer that some components were clamped with greater force than specified, which could result in improper gap verification and shimming.

Apparently the FAA now started and investigation due to problems in the production and quality controls of the Dreamliner over the past years.

The FAA has confirmed ongoing investigations but told that it is too early to come to conclusions about the airworthiness of the aircraft. Of course Boeing announced already that there is no safety risk at all.

Boeing continues to delivery negative news, as after the grounding of their 737MAX aircraft, now also the newest Dreamliner is under investigation, with the outcome yet unknown.