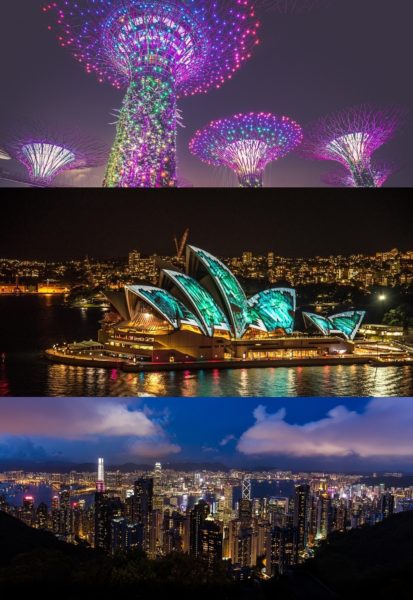 With Star Alliance to Singapore, Oceania and Asia, three destinations on one ticket.

You may start in Milan, Rome or Paris, to make this fare work you need to end your trip at same point as the starting point.

You can build in various destinations in Oceania and Asia, we will show you how.

What is important is to start the first flight to Singapore, the second flight from Oceania and the third one from Asia.  At each of the three destination you may stay a few days/weeks.

Here are a few options you have.

In Asia, you can choose from one of these destinations Hong Kong, Shanghai, Beijing or Bangkok.

In Oceania, you can choose from Sydney, Melbourne or Auckland. The starting and arriving point in Oceania doesn't need to be the same. You may fly to Sydney and then continue from Auckland for example, in that case however, you need to buy an additional separate ticket from Sydney o Auckland.

These fares have to be booked via OTA's like Expedia. Below you can find a few examples with links and prices. If you'd like to book, you only need to change to your desired dates.

You may of course fly the “boring” way, from Paris or Italy to Oceania return.