The flight was on an A330. WiFi on board was complimentary, but only for text messages.

We arrived just in time from our connection flight from Munich. Paris CDG airport is a bit of a mess, you need a long time to get from point A to B.
Boarding was efficient, they started with premium boarding and families with young children, the way it should be.

Delta Airlines Business Class, called Delta ONE, was set up with reverse herringbone seats in a 1-2-1 configuration. The seats are comfortable and had three easy-to-use pre-programmed positions.

In the lie flat position the seats are good too, although too narrow for your feet, but still comfortable. Each seat had its own power socket and USB slot. The storage was a bit of a problem, I didn´t realy know where to put my phone or briefcase, a drawer like British Airways have in their business class would be nice.

These seats offer a lot of privacy due to the reverse herringbone configuration, great if you travel alone, but not so good if you travel as a couple or family as you have no eye contact.

Bedding was good, the blanket was light and cozy, and the pillow was large and soft.

The entertainment system was good, better then for example BA or Iberia. The screen is of a good size and touchscreen is responsive too, the selection of movies and audio was big.

LSTN-branded noise-canceling headphones were provided, they are fine, but not as good as Bose’s QuietComfort headset 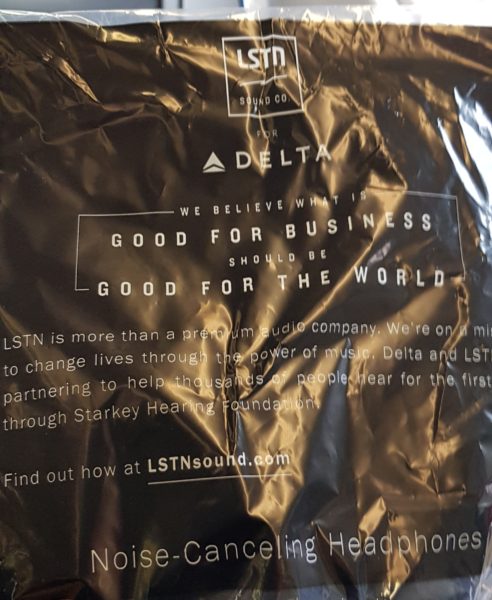 The Tumi amenity kit from Delta Air Lines is very good in terms of quality, with nice products from KIEHL´S inside of it. 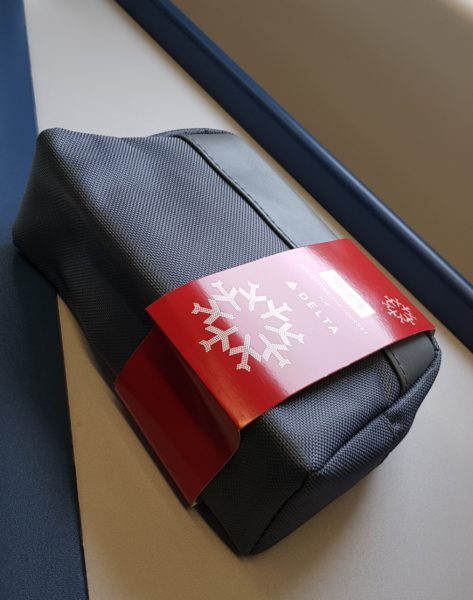 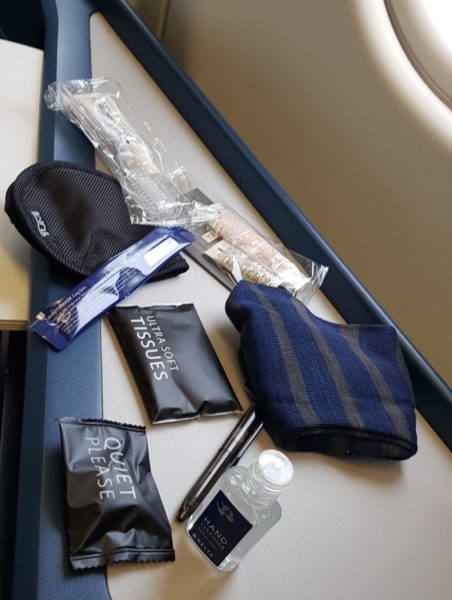 During the flight I choose a Gin&Tonic as always, Bombay Gin and a standard Tonic, again nothing special but OK. 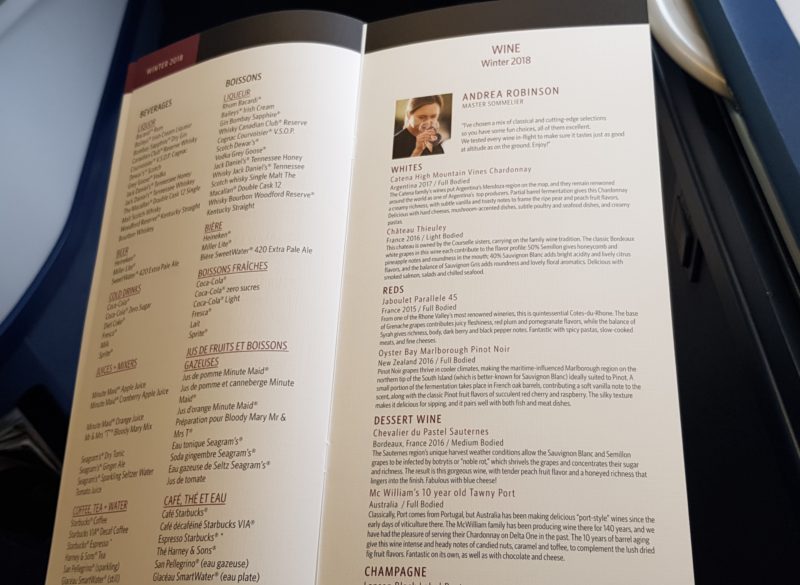 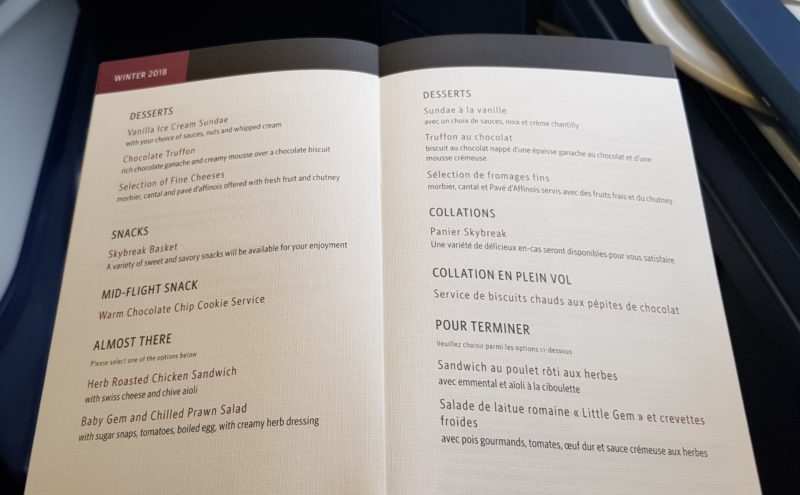 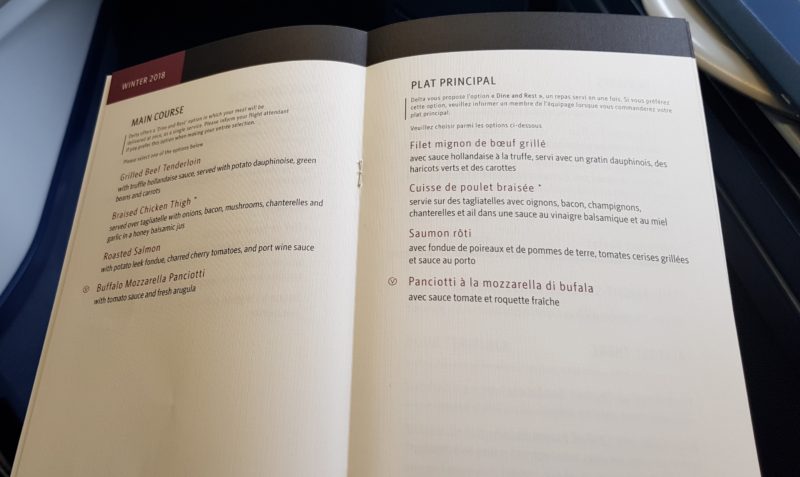 The food was good, but when I got my fish it was initially not hot. The taste was good but here again the service should have paid more attention.

Red wine was again OK to drink, but I wouldn´t buy that wine at home.

Service on Delta Air Lines was not the best, we were sitting 45 minutes in the airplane in Paris, and no one informed us why we had a delay and no announcement from the captain was made. And as I said already, they forgot the pre-departure drink, meal was cold and overall they didn´t look very motivated. When they did announcements you got the feeling that it was their first time that they did these announcements, as they were thinking what to say while speaking, so there were a lot of stops in the announcements, where they just needed 1 or 2 sec to rethink again what they wanted to say.

We arrived with a little bit of delay. Leaving the aircraft was not what you would expect when flying business class, as flight attendants let economy passenger the same time off the plane through 1 door as business class passengers.

It was nice to have free WiFi, but as it was only for text messages I wouldn´t call that free WiFi. For “real” WiFi you had to pay. Service was not good for business class, seats are good if you travel alone, although the space for your feet is a bit too small.

I would choose Iberia or British Airways (upper deck only) over Delta Air Lines A330 with reverse herringbone.

Beginning of January I will be on Delta Air Lines B767 Atlanta to Munich, I´m curious if my experience will be the same there.