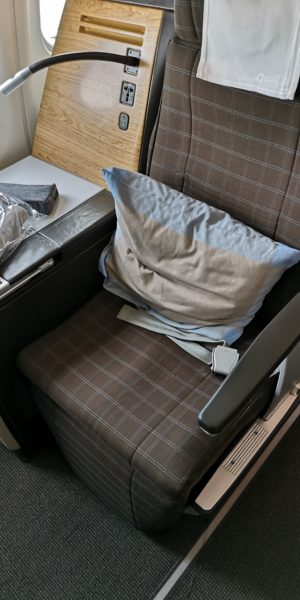 Flight review Swiss Business class A330-300 Zurich to Miami in April 2019 during the day.

The boarding in Zurich was fast and efficient. This might have been the best experience in terms of boarding for business class I encountered so far.

The flight was on an A330-300. It was an old airplane and the Swiss business class cabin looked like it had left behind its best year, but was still in an acceptable condition.

WiFi on board was available but crazy expensive. 220MB isn't really much, but approximately 50€ is. This really is a joke in my opinion and rather unacceptable in the year 2019.

The amenity kit in Swiss business class looked nice from the outside, but from the inside it was below our expectations and what many other airlines have to offer in terms of quality of the products. 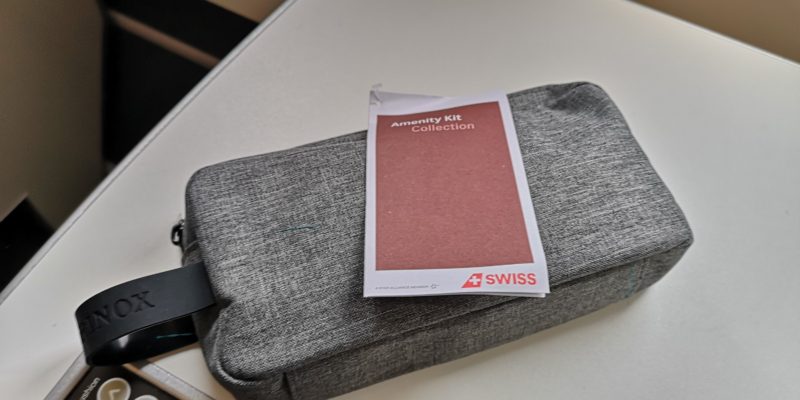 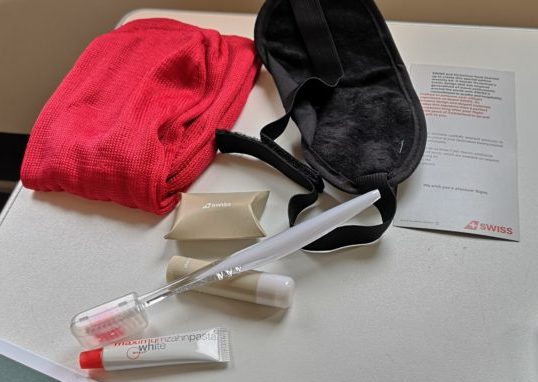 Swiss Business Class seats on the A330-300 are in a 1-2-1 and 2-2-1 layout. The single seat is good when you are traveling alone. There are also so-called throne seats on the left hand side of the plane, which cost around 100-150€ extra to reserve.

The foot compartment was big enough and didn't feel so cramped as on many other airlines. 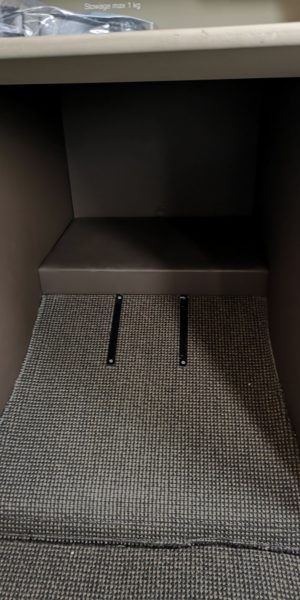 The seat itself was not extra comfortable and way too hard.

In the lie flat position of the swiss business class seats were too narrow. The seat massage function seemed to go on automatically so that the seat felt like it was inflating and deflating from time to time. My wife had the same problem with her seat, so this seems to be rather usual situation. This could of course be very annoying if you try to sleep at night.

Each seat had its own power socket and the USB slot could be found under the IFE screen, which is not the perfect place for such a slot. 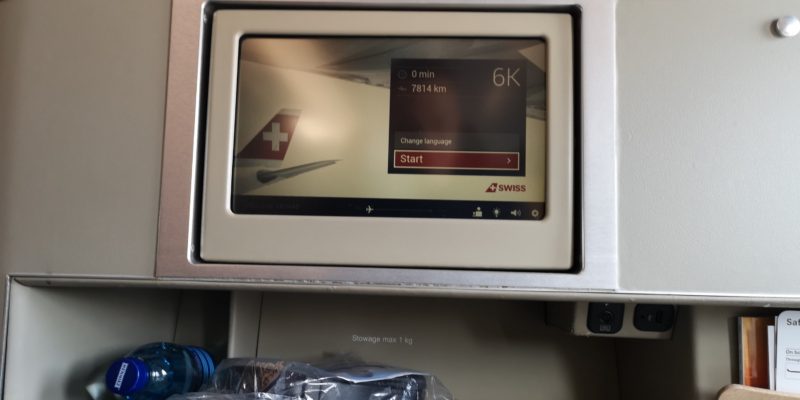 The storage possibilities weren't ideal either, no space to put a phone or a briefcase was available.

The IFE screen itself was small and not very bright, the resolution was as well not what you would expect in 2019 and the movie selection was marginal as well. 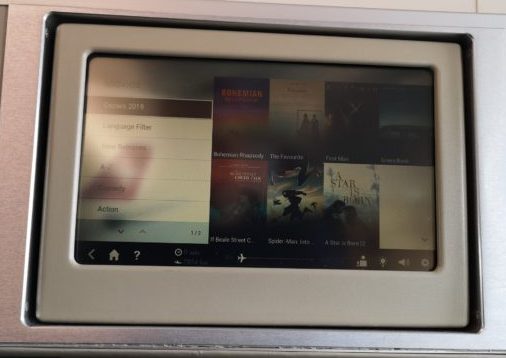 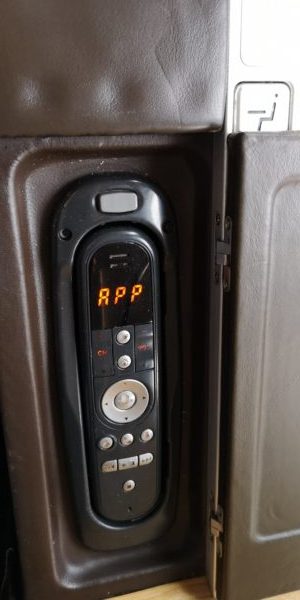 Bedding was only standard, the blanket was light (which I like) but the pillow could definitely be of a bigger size and softer. 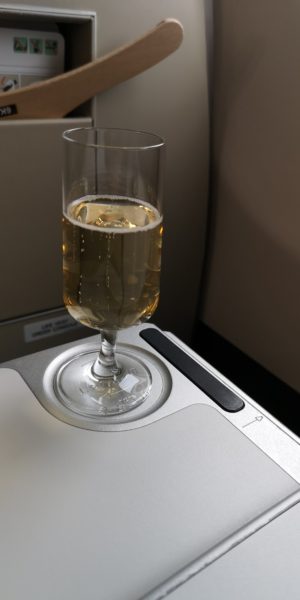 Later some nuts were served. 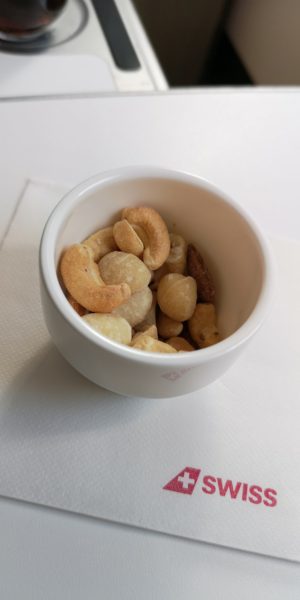 The food in was a disappointment for me. I read many positive things about the food on Swiss business class, but it wasn't really my and neither my wife's taste. They offered no kids Menu, even though their homepage says: “On Europe flights in Business Class as well as intercontinental flights in all classes,children between the age of 2 and 9 will automatically receive the child meal.” 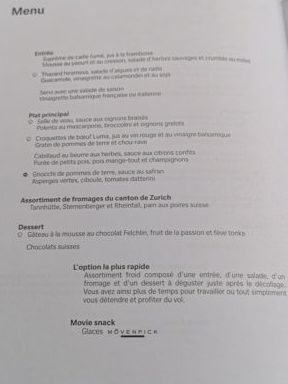 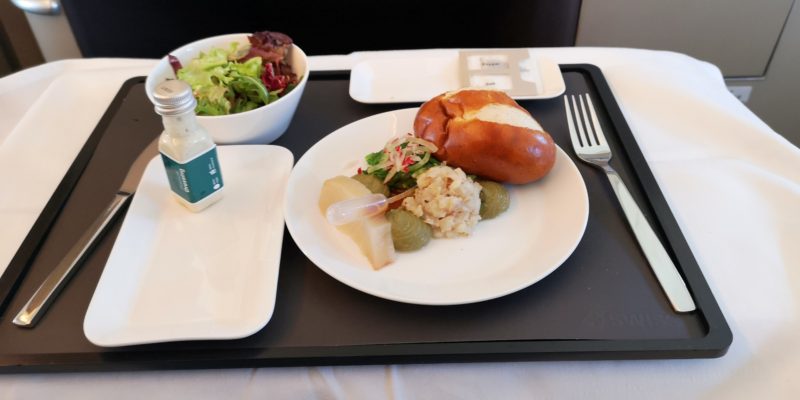 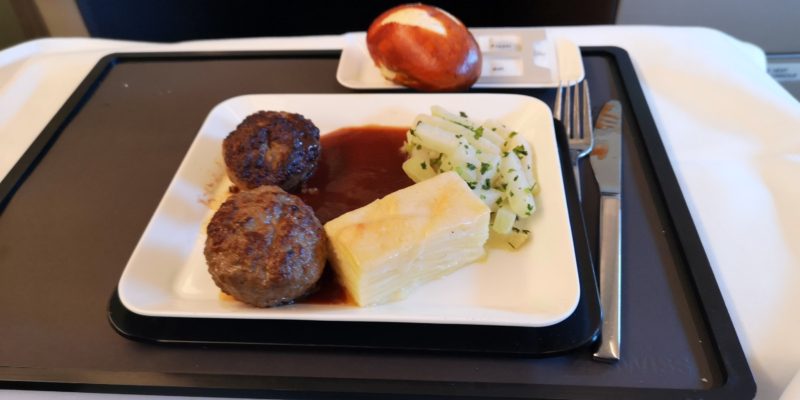 After the meal you had the possibility to get some cheese, which I skipped, but I have to say that it looked tasty.

As dessert a chocolate cake was served, nothing special here either.

Later on you could to get some Mövenpick ice cream, and you could pick a piece of chocolate as well, all good here. 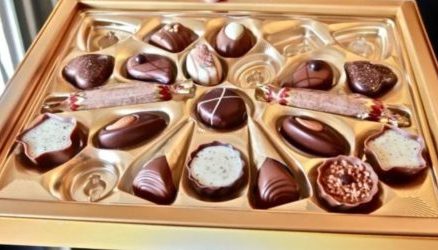 Before landing an arrival meal was available. 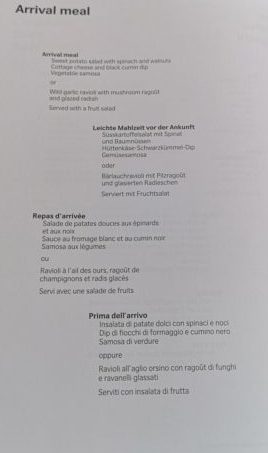 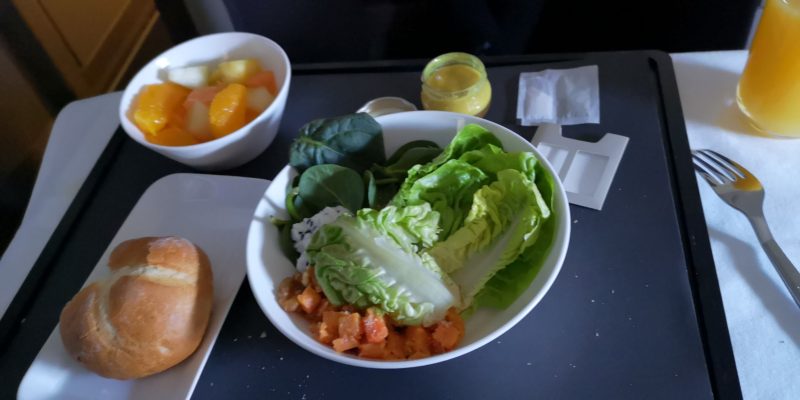 I didn't pick any wine on thisflight, for the first time, as I still had a few hours of driving in front of me upon arriving in Miami. 🙂 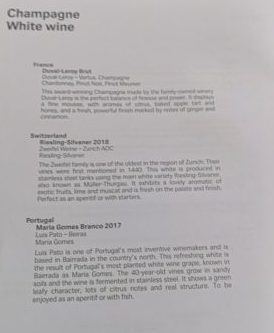 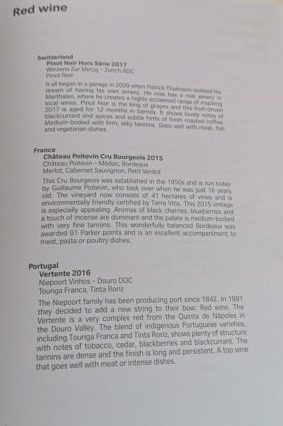 The service in Swiss business class was good. Staff was friendly and attentive. It took a bit too much time to serve the the food, but for a flight during the day this is not a problem for me.

We arrived in time in Miami and had only had a short way to our stand. Leaving the aircraft was again fast and efficient.

I was disappointed about Swiss business class in many ways, maybe I expected too much. The seats weren't comfortable. In lie flat position for sleeping they are too narrow. The food wasn't good and the IFE screen was too small.

The service was the best thing about this flight, and therefore made it acceptable for a business class long haul flight.

Maybe it sounds a bit crazy for some people, but I had better experience on British Airways with the 747 in business class on the upper deck.