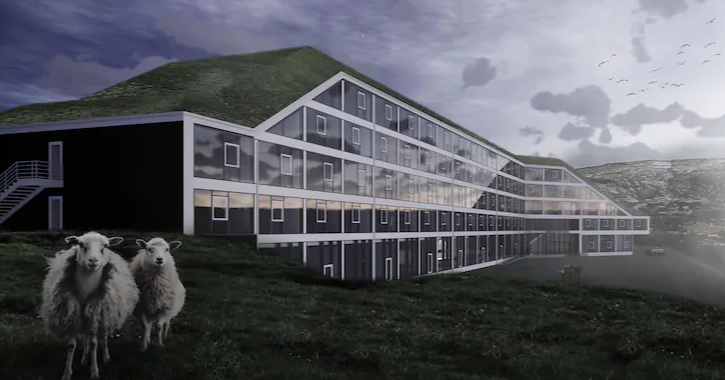 Hilton will open the first international hotel on the Faroe Islands not later than end of this year.

More details have been leaked now and it is also possible to book the Hilton Garden Inn Faroe Islands in Torshavn, which will be the only international property on the Faroe Islands so far.

The Faroe Islands are a small autonomous group of islands which are annexed to Denmark. They have a beautiful and unique nature located somewhere deep within the Atlantic Ocean. In the capital, Torshavn, a brand new Hilton Garden Inn will open this year and be the first international brand having a hotel here.

It is planned that the Hilton Garden Inn Torshavn will open on October 14.

It is located near the Svartafoss waterfalls and a bus station can be accessed by foot to reach the city center easily.

131 rooms and suites will be available at the hotel. Furthermore, a fitness center as well as an outdoor pool are some great amenities of this Hilton Garden Inn Torshavn.

It is possible to book a standard room for around 80€ next year in spring or you could use 25'000 Hilton Honors points.

The opening of an international hotel on the Faroe Islands is good news for every frequent traveler. The Faroe Islands are an astonishing place to visit, and now you could even do so with the points you generate over the year.

Locations of Major Hotel Chains on a Worldwide Map