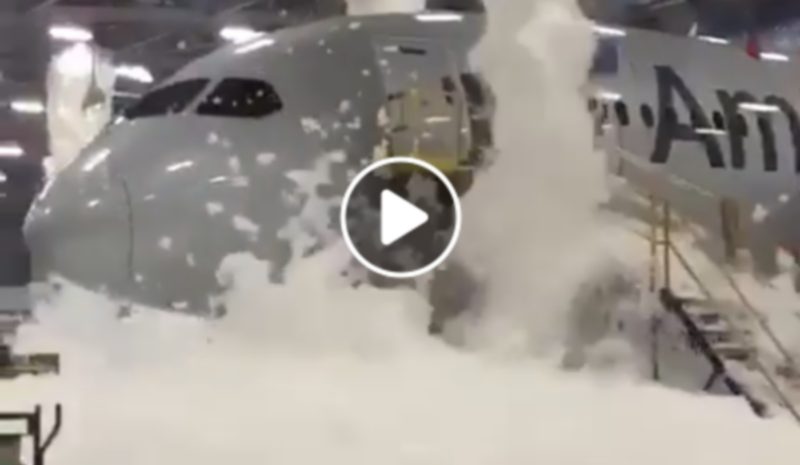 A fire suppression system malfunctioning in an American Airlines hangar covered two Boeing 787 with fire-fighting foam. It is unclear what caused this incident to occur. The most important thing is that there was no damage to the planes and no injuries to any employees, of course that does require a massive cleanup for the hangar and the aircraft, including a deep inspection.

There's a video on Facebook, the link can be found here below:

Delta Air Lines retires all its 777

On Thursday, Delta Air Lines announced that it would be retiring all its 18 Boeing 777s by the end of the year, earlier than planned as a result of the COVID-19 pandemic. The A350 burns 21% less fuel per seat than the 777.

Is this good or bad news for passenger?  As long as you won't sit in an old B767 without a new cabin layout this isn't bad news, as some Boeing 777 were already equipped with a Delta One Suite cabin.

Air Italy which entered voluntary liquidation in February of this year, has applied to the United States Department of Transportation (DoT) for permission to continue to fly between Europe and the US.

Before insolvency, the airline did have plans to launch new routes to the US. Air italy has just five operating 737 aircraft.

It would increase the value of the airline’s assets in the case of a sale, if the airline can theoretically fly to the US, as it would retain its Air Operator’s Certificate (AOC).

Qatar Airways’ Airbus A380s may never return to the skies

Qatar Airways has a total of ten A380s, CEO Al-Baker said Qatar would not return the A380 to service for at least a year… possibly never again.

The airline will downsize its 200-strong fleet by 25% due to the coronavirus pandemic and the travel industry is talking about two to three years to get traffic back to 2019 levels.

Al Baker has previously indicated that the airline's A380s would be retired from 2024.