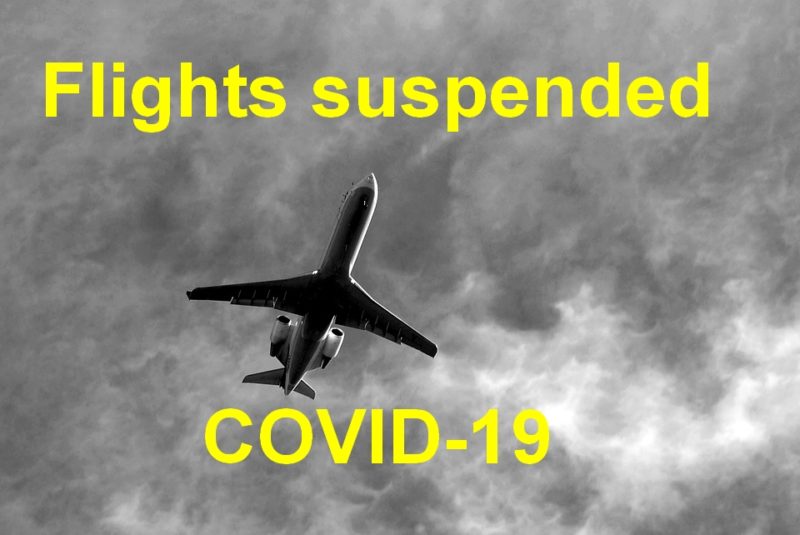 Due to the Coronavirus airlines announced flight suspensions, some for international flights and others even for the entire network, until the situation with will improve.

More and more airlines are announcing coronavirus flight suspensions on big parts of their routes.  It seems that a trend develops, mainly for smaller airlines, to cut flights completely. It might be more cost effective to stop all flights on the entire network for a given time period, and allow rebooking instead of flying literally empty all the time.

Complete suspension of all flights

Below you will find a list of airlines that suspended operations for a limited time due to the coronavirus on their entire route:

Suspension of all international flights

Here's a complete list of airlines that announced coronavirus flight suspensions for all of their international routes for a limited time:

Suspensions on big parts of their routes

Basically all airlines announced to suspend flights due to the coronavirus, mainly to Asia and Europe.

All American carriers announced that they will stop flying to mainland Europe including the UK starting from the 19th of March for a longer period of time. The European airlines will probably follow withing the next couple of days as the demand will increase.

Coronavirus flight suspensions mainly affect areas of high risk, like Italy for example. Flights here have nearly come to a complete stop. It is hard to tell how all these flight restrictions and suspensions will affect the airlines. It is possible that some will not survive these massive cuts into their operations, mainly all those airlines not owned or at least supported by their local governments.

Coronavirus flight rights adjustments and clarification by the EU

Coronavirus: Which countries have transfer or entry restrictions? – UPDATE