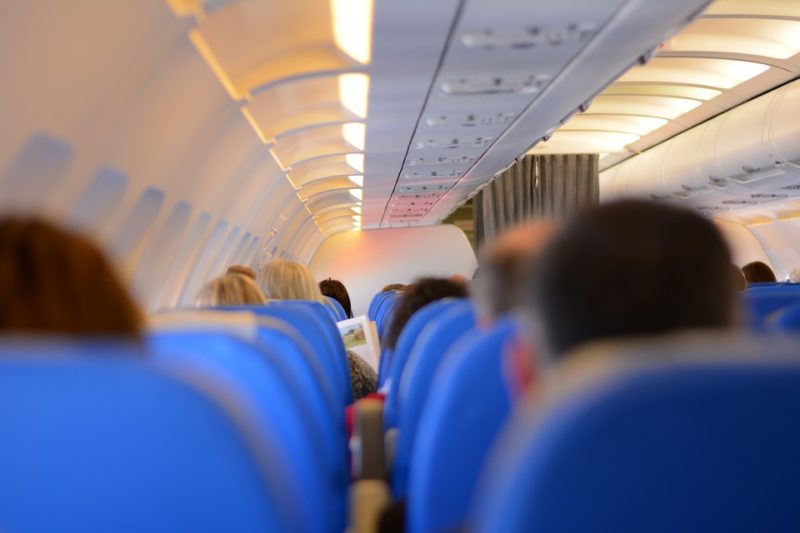 This post is brought to you by our friend GodSaveThePoints

Commercials in the United States often bring an undoubtedly familiar with last 15 seconds or so. Without fail, a voice, which sounds like it’s on ninja speed, quickly runs through the terms, conditions and legal notices needed to justify the claims from the previous 45 seconds. Unfortunately, when it comes to airline “guarantees” regarding masks and middle seats in the covid-19 world, the tape runs the same.

Airlines are spending millions, marketing the notion of blocked middle seats and other “safety” comforts and standards in hopes of tempting passengers back into the skies, but many travellers are boarding flights only to find that things aren’t as promised.

Here’s the definitive list of which airlines are blocking seats and modifying boarding “no matter what”, and which ones are just doing it when flights are empty, and it’s convenient…

Capping Overall Passengers? Through September 30th, flights are capped at 65% of their previous capacity.

Cleaned Between Each Flight? Yep, all touch points.

Service Cuts? Yep, consider this BYOS (bring your own snack).

Mandatory Face Covering? Yes, for crew and customers. Allegiant is handing out kits with masks and wipes upon boarding too.

Blocked Middle Seat Guaranteed? Nope. Every seat is up for grabs, minus first row.

Cleaned Between Each Flight? Additional cleaning measures, but not guaranteed in between each flight.

Service Cuts? Bring your own snacks.

Mandatory Face Covering? Yes, for crew and customers. Non compliance may result in bans from the airline.

Blocked Middle Seat Guaranteed? No. American is not guaranteeing blocked middle seats on any flights, though it’s added flexibility for customers on full flights.

Capping Overall Passengers? On flights where more than 70% of passengers check in, American will allow free flight changes. Of course, the same issue may occur on any subsequent flights.

Cleaned Between Each Flight? Yes, American is cleaning the main passenger touch points, like arm rests, seatbelts, controls and more in between each flight. All airport surfaces will also see additional cleaning.

Mandatory Face Covering? Yes, for crew and customers. Non compliance has already resulted in 100’s of passenger bans. Delta will also make all passengers sign an electronic health form, which states you haven’t had a positive covid-19 test in the last 14 days, are not unwell, and agree to wear a mask.

Capping Overall Passengers? Yes! First class on domestic flights is limited to 50%, economy 60% and international flights in Delta One, the Delta equivalent to business class is capped at 75%. With privacy doors on many international Delta One Suites, that’s not too big of a deal.

Cleaned Between Each Flight? Yes. All Delta aircraft touch points are cleaned with EPA approved disinfectant and also fogged in between each flight.

Service Cuts? Delta has modified service in most cabins, details of which can be found here.

Mandatory Face Covering? Yes, for crew and customers in airport, boarding lanes and on board.

Blocked Middle Seat Guaranteed? No. Frontier famously became the ire of US lawmakers in Congress, when the airline attempted to profit from covid-19 fears by selling $39 upgrades to a guaranteed blocked seat. Now, there’s no guarantee, but no sales pitch either.

Capping Overall Passengers? No, other than limiting a few middle seats from being sold. However, the airline is temperature screening passengers and turning away those who register a fever. Any passengers denied boarding will be issued Frontier credit.

Cleaned Between Each Flight? Yes. Frontier is cleaning surface areas of planes in between each flight, and planes undergo a more rigorous disinfecting process during overnight stops.

Service Cuts? Frontier is limiting customer interaction, and bringing your own snacks is wise.

Mandatory Face Covering? Yes, for crew and customers in airports, on board and until fully deplaned.

Blocked Middle Seat Guaranteed? Should be, for now. Hawaiian is blocking middle seats per their website, but offers “Depending on load factors, seating may need to be adjusted at the gate to maximize spacing throughout the cabin and meet weight and balance restrictions.”

Capping Overall Passengers? Only on select flights, and only via blocking select middle seats. The airline will allow groups traveling together to sit together upon request at the airport.

Cleaned Between Each Flight? Yes. All Hawaiian Airlines planes, even intra-island short haul flights are cleaned in between using the highest grade cleaning products.

Service Cuts? Guests are encouraged to bring their own food on board. Alcohol will not be served in economy, and snack carts have been suspended. Here’s full details.

Mandatory Face Covering? Yes, for crew and customers. Non compliance can result in being banned from the airline. Forgetting a mask isn’t an excuse either, as JetBlue will have masks on hand for anyone who wishes to travel.

Blocked Middle Seat Guaranteed? Absolutely, yes, with one exception. JetBlue is guaranteeing “you won’t sit next to a stranger” on any flight, but will allow families to use middle seats. In other words, if you see three people seated together, they’re together. Through September 8th, every passenger is guaranteed not to sit next to someone they don’t know.

Capping Overall Passengers? Yes! JetBlue is capping flights by blocking the middle seat, or aisle seat depending on aircraft type on each flight. This results in an overall reduction on average of one out of every three seats.

Cleaned Between Each Flight? Yes, and trying out cool tech too. JetBlue is not only cleaning planes in between each flight, the airline is also trialling state of the art new electrostatic cleaning measures, and using UV light and robots to take things further.

Service Cuts? Buy on board products are temporarily suspended. Read up here.

Mandatory Face Covering? Yes, for passengers over 2 years of age during flight. “If a customer is unable to wear a face covering or mask for any reason, Southwest regrets that we will be unable to transport the individual”.

Crew must also wear face coverings “when interacting with passengers”, which leaves a bit of leeway for viral videos. Forget a mask? Just ask for one, or risk being denied boarding.

Blocked Middle Seat Guaranteed? Pretty much, through October, 2020. The airline is limiting the number of seats sold on each flight to levels which should leave middle seats open, but allowing those who wish to sit together, to sit together. It’s not a guarantee, but it’s darn close.

Capping Overall Passengers? Southwest is capping flights at 65% of capacity for the purpose of blocking off middle seats, and adding more flights, rather than selling more seats when flights hit 65%. The airline is boarding 10 passengers at a time, rather than the previous 30.

Cleaned Between Each Flight? Yes, kind of. Southwest is cleaning tray tables and lavs, in between each flight, but not committing to full on cleaning measures for other seat surfaces. However, all planes experience hours of disinfecting each night.

Service Cuts? Bring your own snacks, for sure. Flights over 250 miles will receive water and snack mix only.

Mandatory Face Covering? Yes, for passengers over 2 years of age during flight, and crew too.

Blocked Middle Seat Guaranteed? Nope! You won’t be able to select a middle seat in advance, which helps keep them empty, but gate agents can assign anyone into a middle seat, and the airline is trying to sell as many seats as possible.

Capping Overall Passengers? No, Spirit is not limiting the number of passengers on flights, which means you could end up on a fully booked flight, even during covid-19.

Cleaned Between Each Flight? Maybe? Spirit has not committed to cleaning in between each flight, but does highlight robust cleaning measures which happen at least every 30 days?

Service Cuts? Bring your own snacks, for sure.

Mandatory Face Covering? Yes, for passengers and crew. Non compliance may result in a ban from United Airlines.

Blocked Middle Seat Guaranteed? No, United has bucked the trend of Delta, JetBlue and others and is not blocking any seats whatsoever.

Capping Overall Passengers? Like American, United isn’t capping the number of seats sold, so you could end up on a completely full flight. However, if a flight is 70% full, or more, passengers are allowed to move to a later flight free of charge, but could end up with the same issue on subsequent flights.

Cleaned Between Each Flight? Yes. United has doubled down on aircraft cleaning, with electrostatic spraying to compliment previous cleaning measures in between each and every flight.