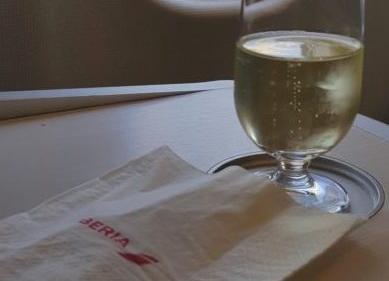 Flight review, Iberia business class A340-600 from Madrid to Chicago, and vice versa this summer.

The flight was on a  A340-600. We departed from Terminal 4 in Madrid. Madrid is a nice airport, has friendly staff and no long queues at security. We also visited the Iberia Velasquez lounge in Terminal 4s. I read a lot of good things about that lounge, but I didn't like it too much. A review will follow.

Boarding wasn’t too great, they started premium boarding which was okay, but then left us all standing on a hot stuffy air bridge as they weren’t actually ready for boarding, which seems to be a normal procedure in Madrid. 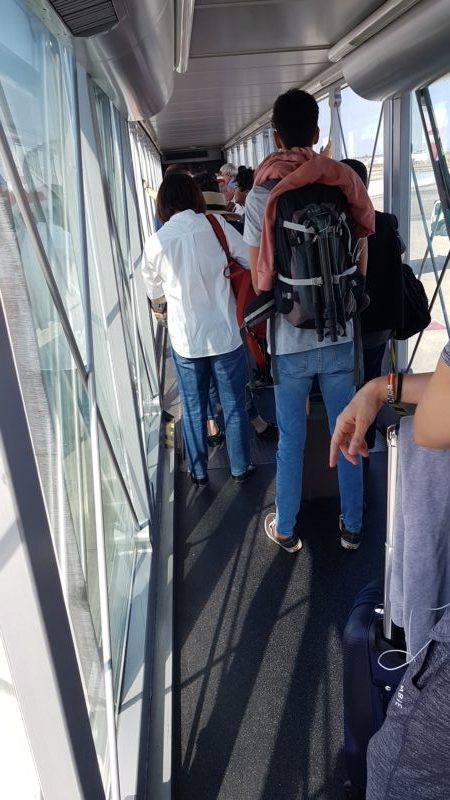 Iberia Business Class is set up in my favorite staggered 1-2-1 configuration. The seat is very comfortable, and it has three easy-to-use pre-programmed positions and a soft massage button.

In the lie flat position, I liked the seat as well, maybe a bit too narrow, but still very comfortable. Each seat has its own power socket. The storage compartment is of a smaller size, but if you sit in row 1 at the windows, you have extra storage in front of you.

The hard product is very good. I would say it is better than what BA or Lufthansa have to offer.

My seat was 1C for the outbound flight. If you travel alone I would suggest row 2,4,6…, as these are true window seats with a good amount of privacy and you are not bothered by any “traffic” in the aisle. We were flying as a family, so I choose row 1 and my family was sitting in row 1 as well, in the “honeymoon seats”, which are in row 1,3,5..

These seats are great if you travel together since you’re sitting right next to each other, perfect for couples or with a child.

Bedding was good too, the blanket was light and cozy, and the pillow was large and soft, we even saw someone taking a pillow off the plane, he must have liked it 🙂 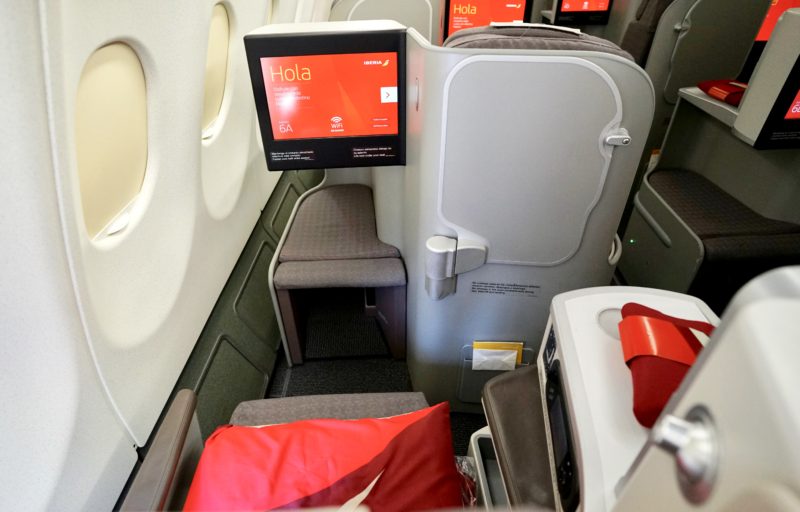 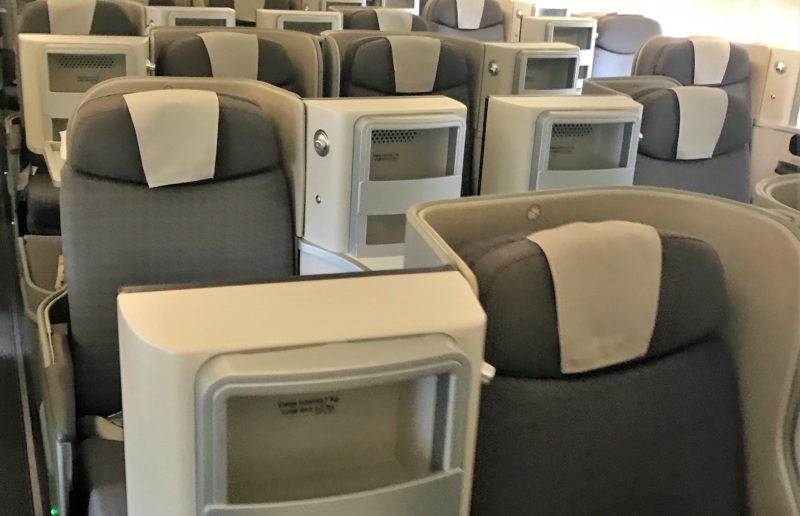 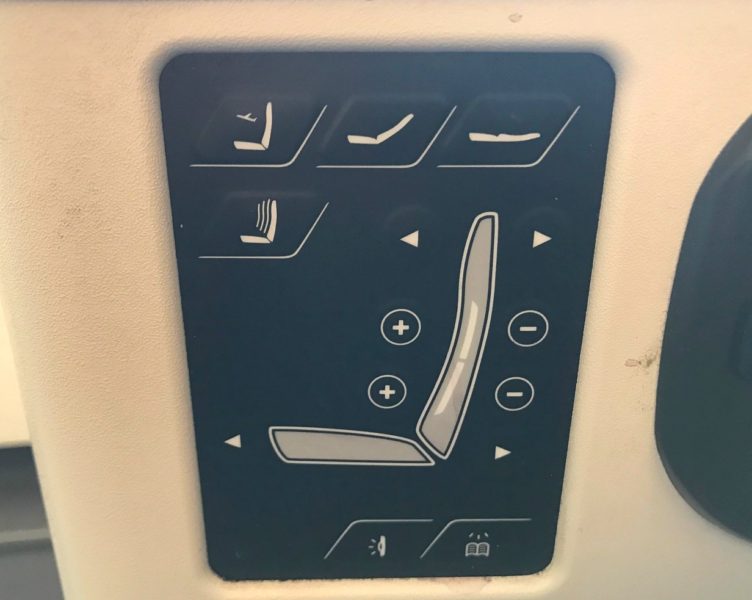 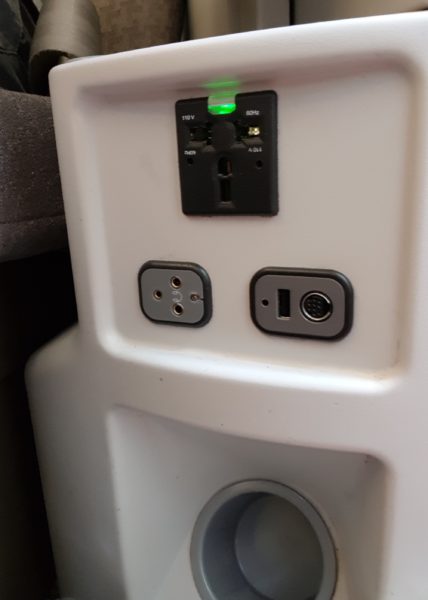 The amenity kit from Iberia is provided in a small red bag which looks nice and is a great gift. The standard items are contained in it as you can see in the picture. 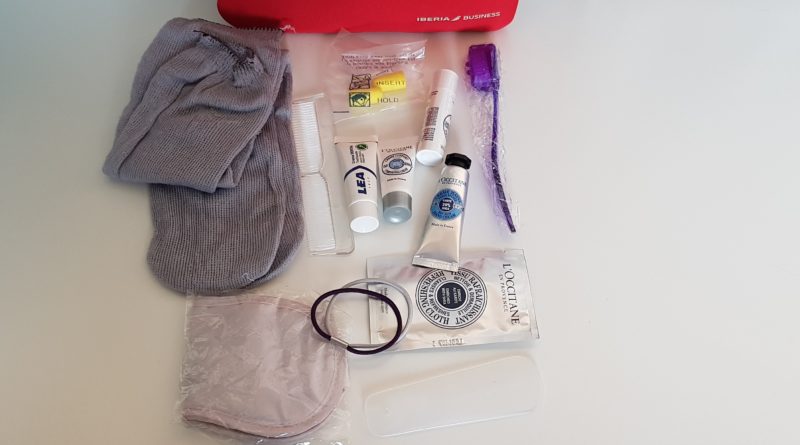 We received a pre-departure drink only after we were already sitting in our seats for 10 minutes. We could choose between orange juice, water and a glass of Champagne. For the inbound flight from Chicago, only Orange juice was offered.

During the flight I choose a Gin&Tonic, I think the Gin was Bombay and for the Tonic Nordic, so all good here, the only problem was the size of the glass. It was too small, so at the beginning you have a lot of Gin and only a little bit of Tonic in the glass.

The food was really good, as you can hopefully see in the pictures, somehow my picture of the main course disappeared :/ , but that was good too. 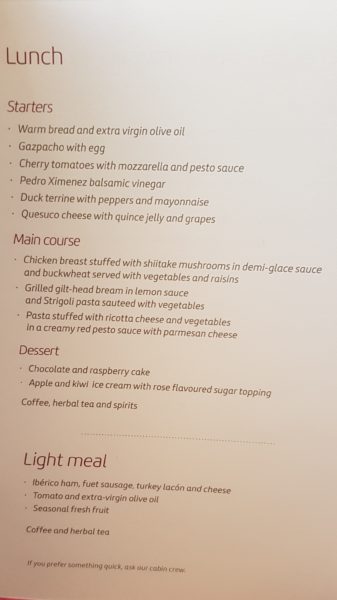 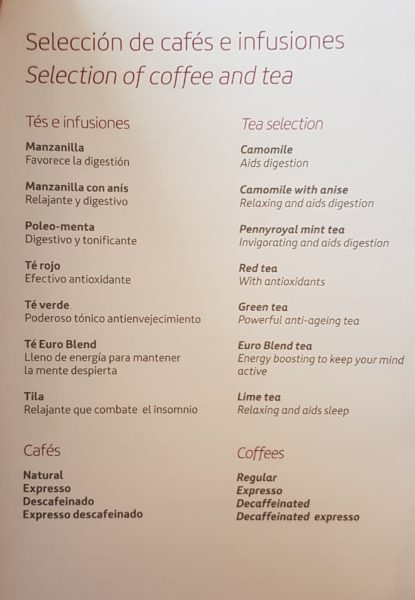 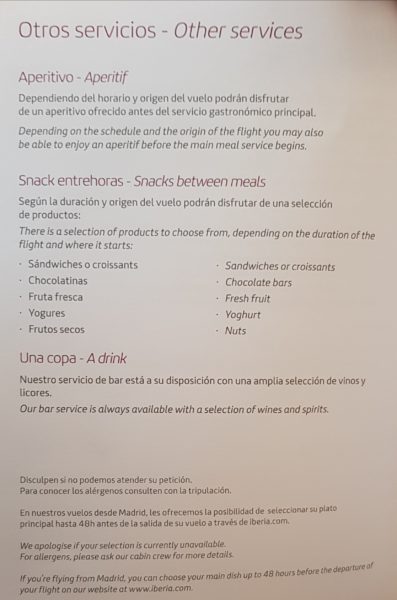 I choose Rioja as red wine, and I can recommend that too. 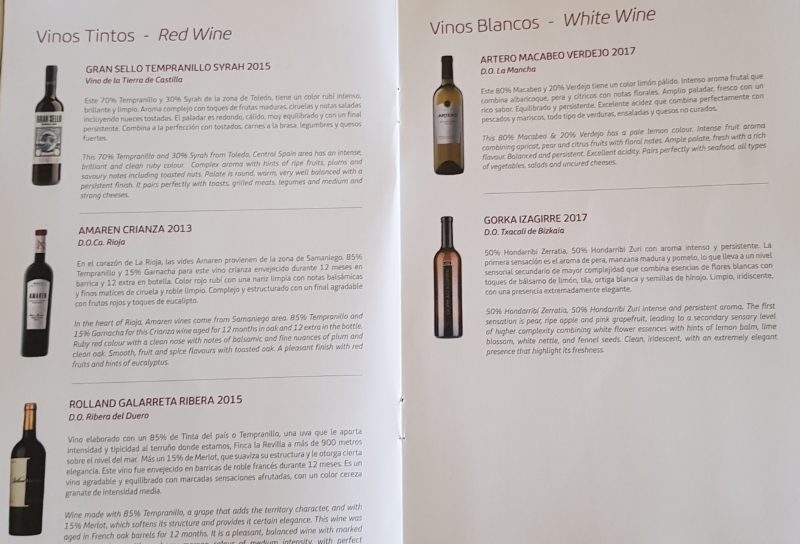 Well the service, some of the flight attendants were super friendly, some not so. Overall they always seem to be in a hurry.

As an example, we left on time, that's good for the airline, but the flight attendants weren't quite ready. As we were lining up on the runway one of them was still not sitting in her seat.

Food and drinks were served quickly, which I appreciate, we experienced too often on other airlines that this took too much time.

We arrived pretty much exactly as scheduled, and leaving the aircraft was quick and efficient.

This was quite an old aircraft, the toilets didn't look good, they were clean somehow but didn't look like that as they were old and used.

WiFi was a joke, we received a 4MB voucher, that was barely enough to do one tweet :). You could buy various packages but the “biggest” one was way too expensive. I know that the WiFi is much better on the A330s and the A350s, and bit by bit they are getting new A350s, so I guess that problem will be solved in the future.

Food was good, and as I said I liked the seats.

For me the most important points for a good business class are the seats and the food. On those 2 points Iberia did an excellent job, that's why I surely recommend them.

I would choose Iberia over Lufthansa or British Airways, because of the seats and the food, but I experienced better service on other airlines.