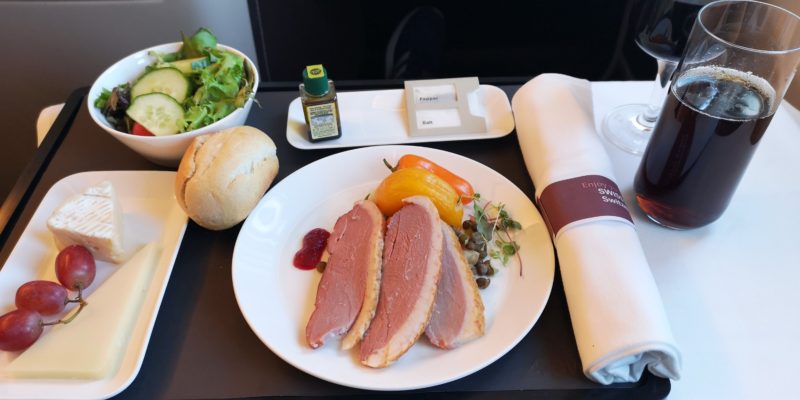 The boarding in Miami was definitely not so well organised as it was in Zurich, but we had already worse boarding processes.

The flight was, as the outbound, on an A330-300. However this plane was in a better shape as the one we had for the outbound flight.

WiFi on board was once again available and still crazy expensive. 220MB isn’t really that much, but costs approximately 50€. This really is a joke and rather unacceptable in the year 2019.

This time we had a different amenity kit as we had 2 weeks before. It came as a small metal case. I don't know if Swiss is doing this on purpose to have different kits for the in- and outbound flights, but I think that would be a good idea. The inside of the amenity kit however was still the same and not very competitive compared to other airlines. 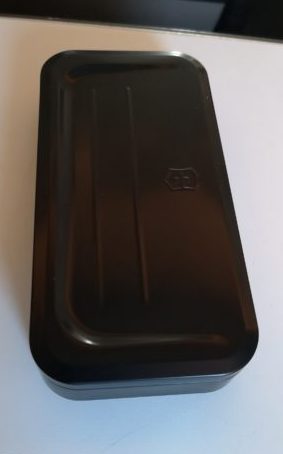 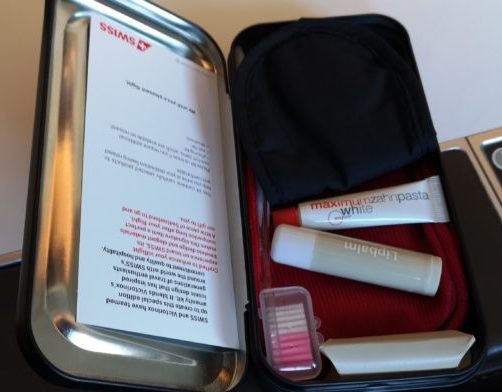 Swiss Business Class seats on the A330-300 are in a 1-2-1 and 2-2-1 layout. The single seat is good when you are traveling alone. There are also so-called throne seats on the left hand side of the plane, which cost around 100-150€ extra to reserve.

The foot compartment was big enough and didn’t feel so cramped as on many other airlines.

The seats however are too narrow in the lie flat position and the cushion is too hard. 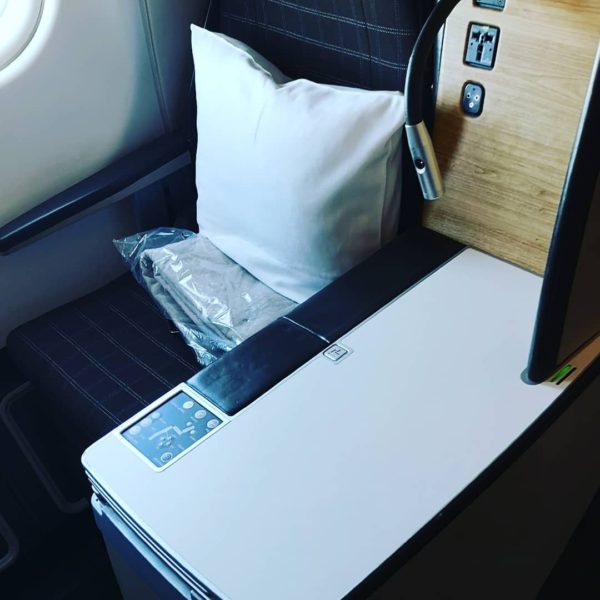 I didn't use the massage function this time at all to avoid that it will go on and off automatically all the time like it was on my last flight. 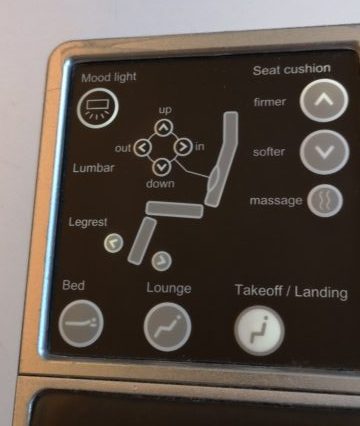 Still another problem with those seats is the storage, as it is simply nonexistent.

Each seat had its own power socket. 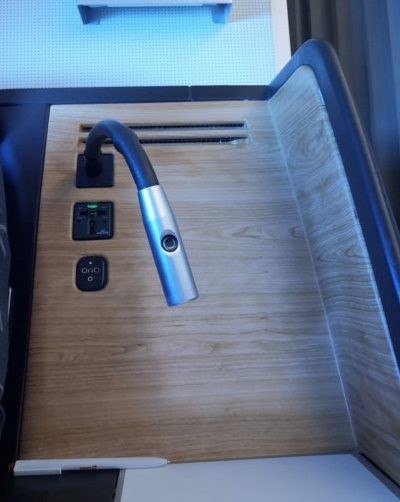 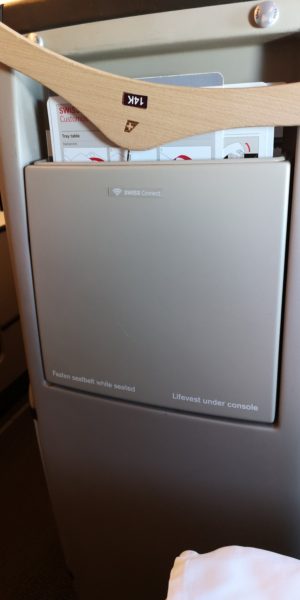 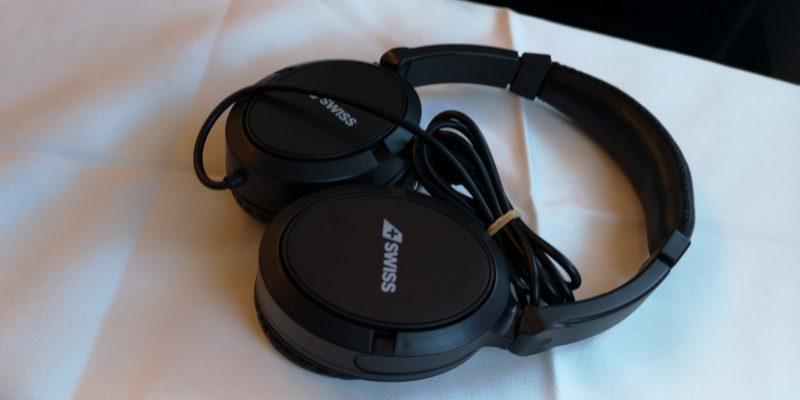 The USB slot could be found under the IFE screen, which is not the perfect place for such a slot. 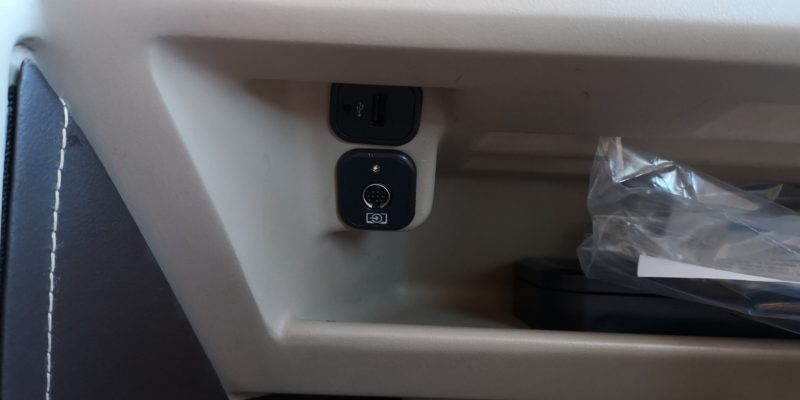 I received my pre-departure drink pretty quickly after being on board. As always I chose a glass of champagne.

As I was disappointed with the food on my outbound flight, I wasn't expecting much this time. However it was like I was flying with a different airline in terms of food this time.

As first course I received smoked duck. I am not a big fan of duck, but this one was really good. As main course I had the beef. Sauce was perfect, the meat itself was a bit dry, but with the sauce still more than edible. The cheesecake dessert was delicious.

I don't know what to think about Swiss food, the first time it was below average what you get on airlines as food, this time however it was really good. 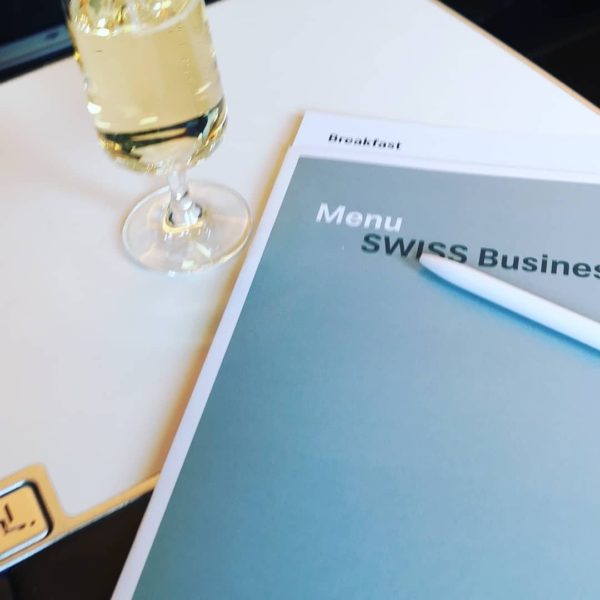 Médoc, Bordeaux with some cold nuts. 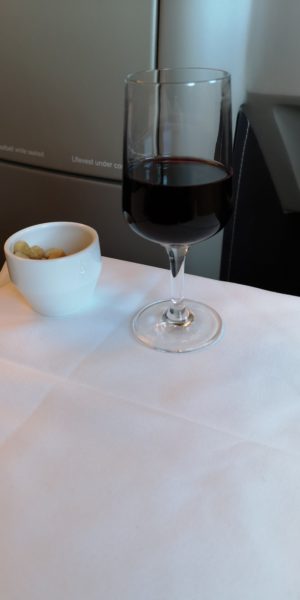 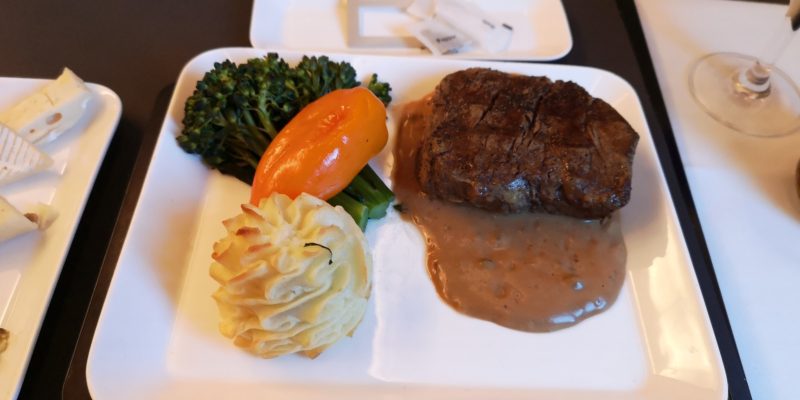 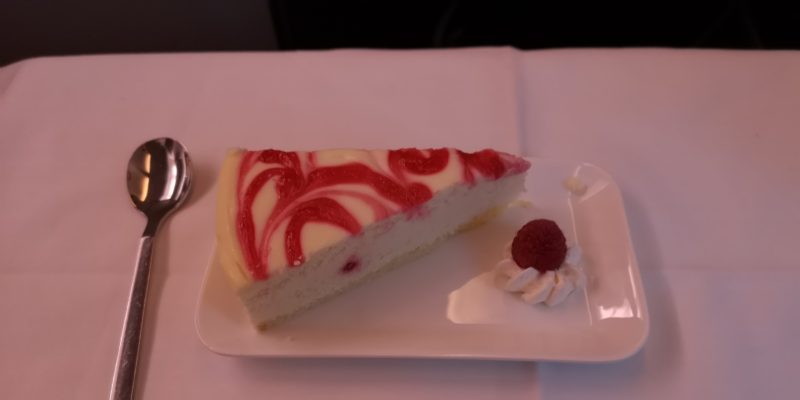 A little Easter present before landing. 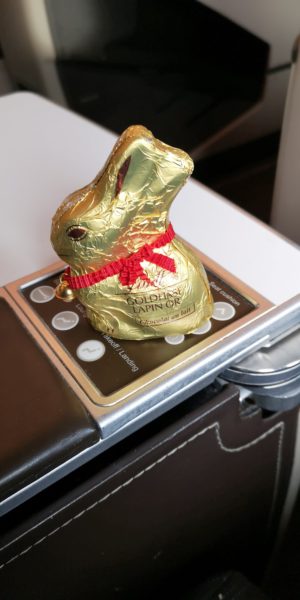 The breakfast was delicious and I even got a Cappucino.

I love the solution that Swiss offers for Breakfast, you can order what you like as breakfast. Not everyone wants fruits or cheese for breakfast for example. 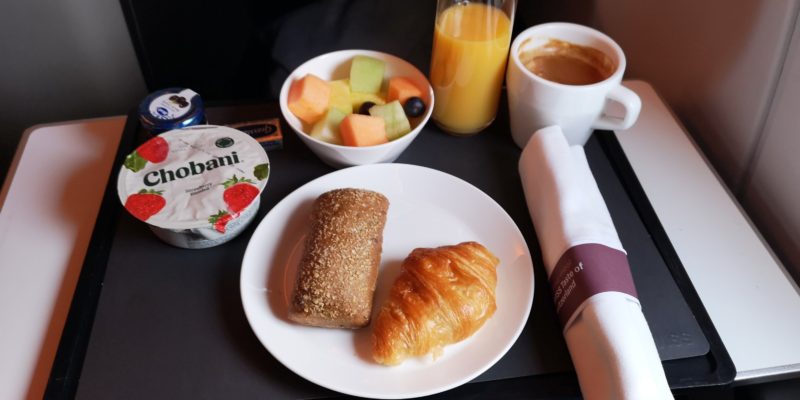 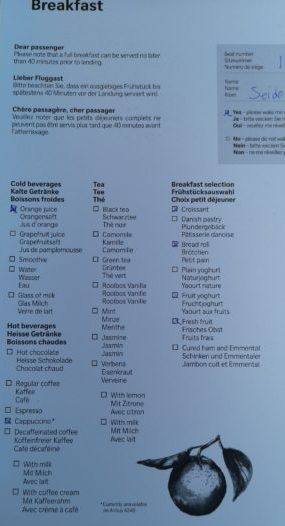 The service in Swiss business class was good again. Staff was friendly and attentive. They started pretty fast with the food so that you had a few hours of sleep ahead of you.

Face cream and hand lotion on the lavatories. 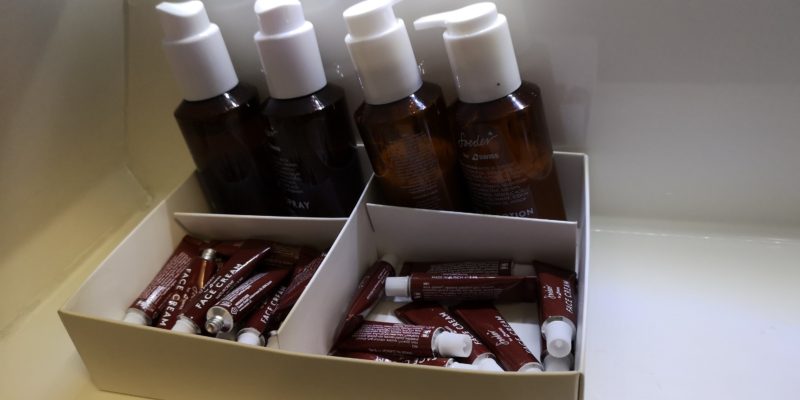 We arrived on time in Zurich, and we had our luggage really quick. Zurich airport is a nice experience to fly to and from. 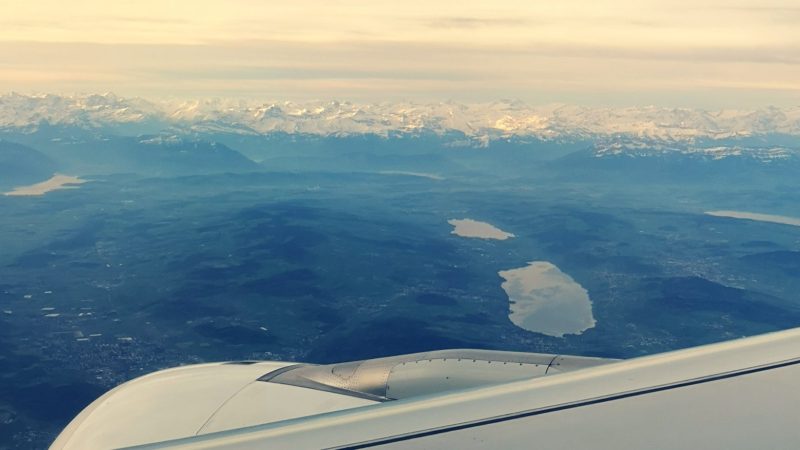 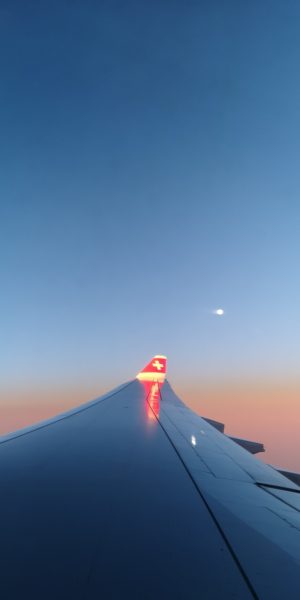 This time I wasn't disappointed with Swiss business class. It was a pleasant flight with good food and an excellent service.

The seats are still not my first choice but still much better as the ones from Lufthansa as one example.

Flight review: Swiss business class Zurich to Miami (the not so good experience)

View on the First class seats 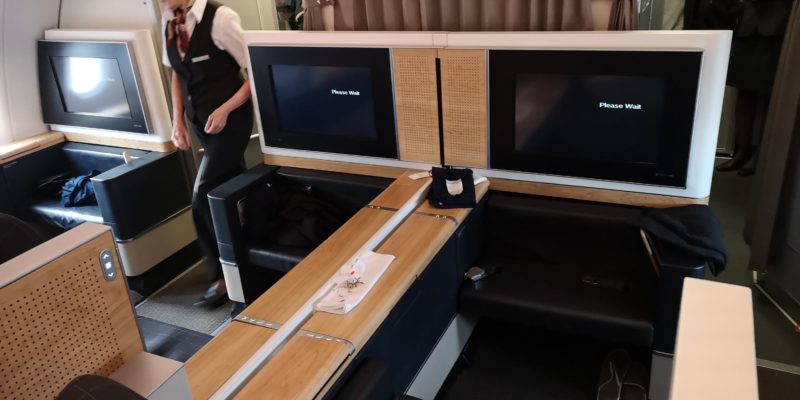