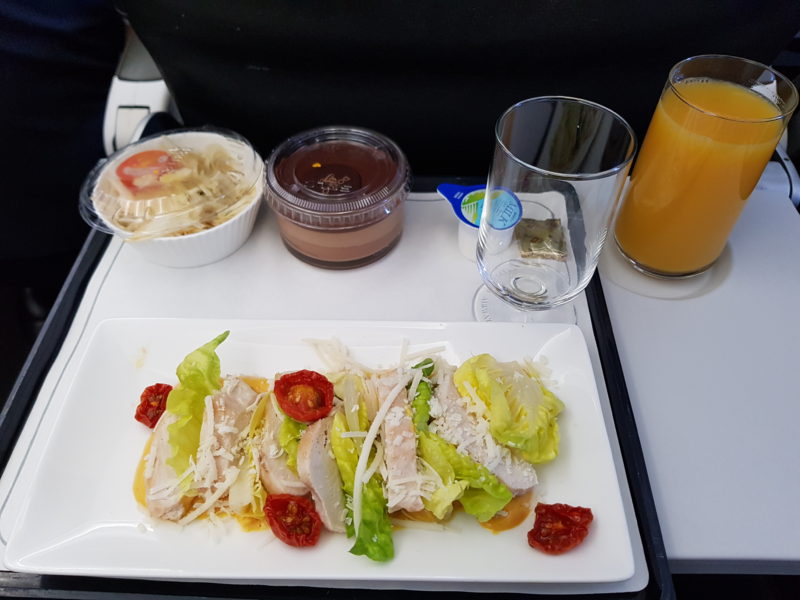 Flight review of British Airways Club Europe on the short 1 hour flight from Luxembourg to London on an Airbus 320 in Autumn 2018. We payed around 160€ for this return flight.

For Check-in at Luxembourg Airport you have a dedicated line for Club Europe Travellers and Status members, and when we did our check-in nobody was in front of us. For Boarding the process is similar an we boarded as one of the first passengers. A little bit annoying however was that we had to wait for 5 minutes on the bridge before actually boarding the plane. 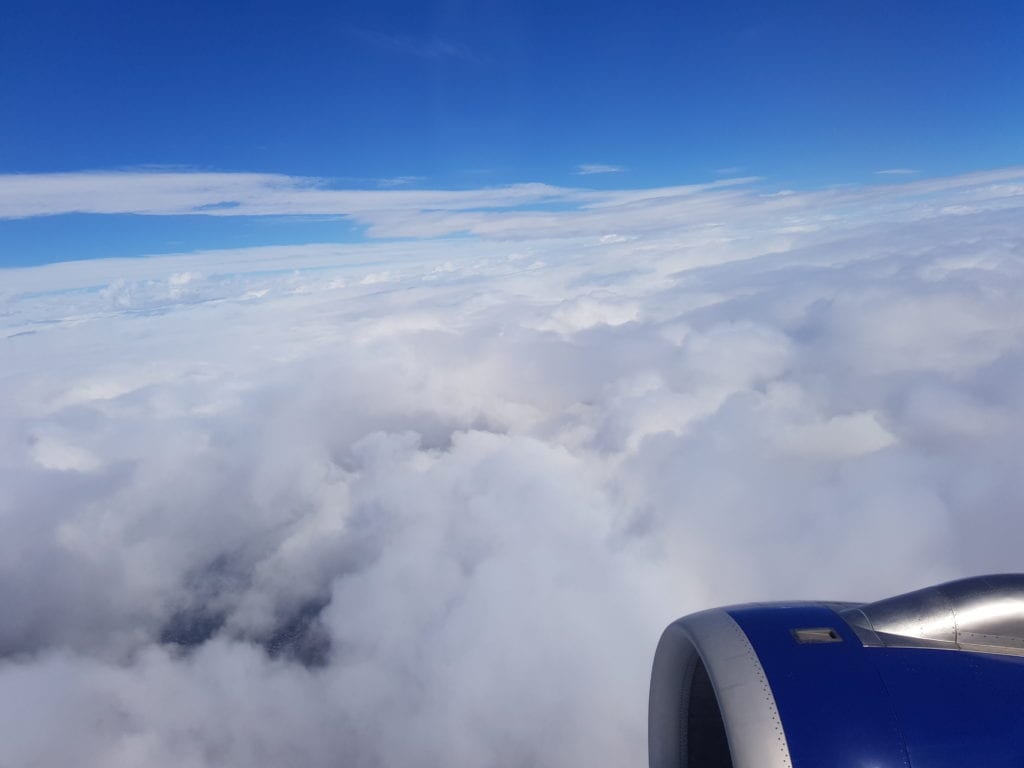 The seats on the A320 are in a 3-3 configuration, where the middle seat stays empty in Club Europe and a tray is placed between the armrests of the empty seat so that you can place your drinks here.

The seats were new ultra slim ones which are not too comfortable and a little bit firm, as on most of the European carriers these days. Legroom is not very good and literally the same as in economy as you can also see in the pictures. Due to the spare middle seat it was however possible to extend your legs to some point. No power sockets are available but at least every seat has its own air vent. 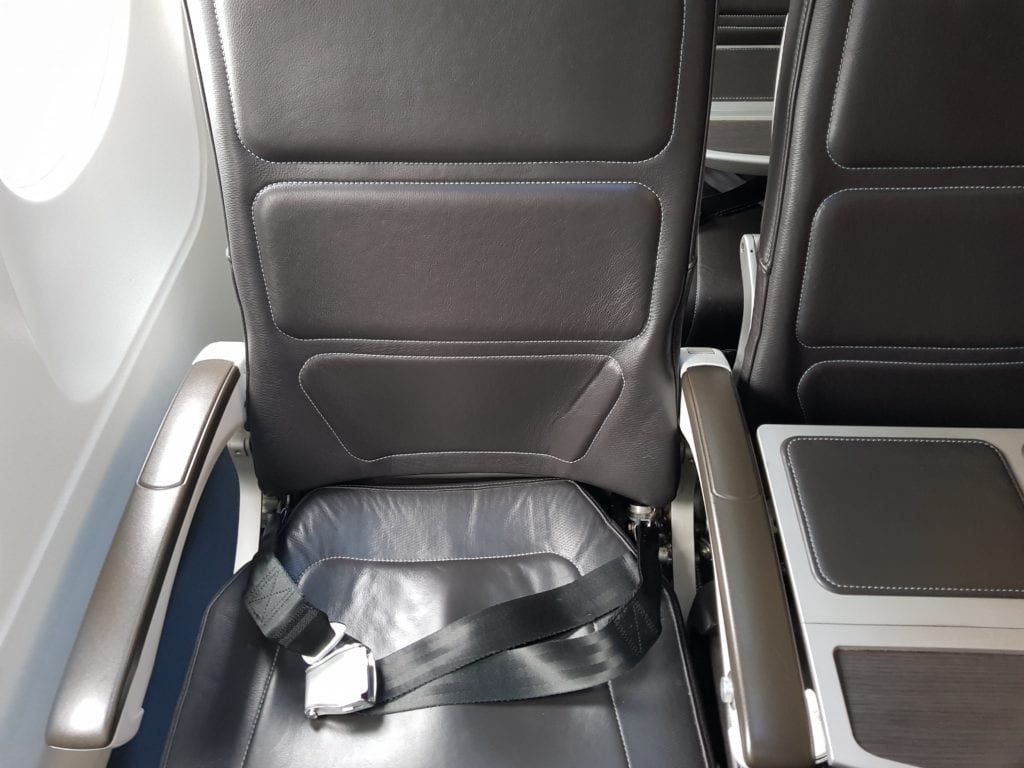 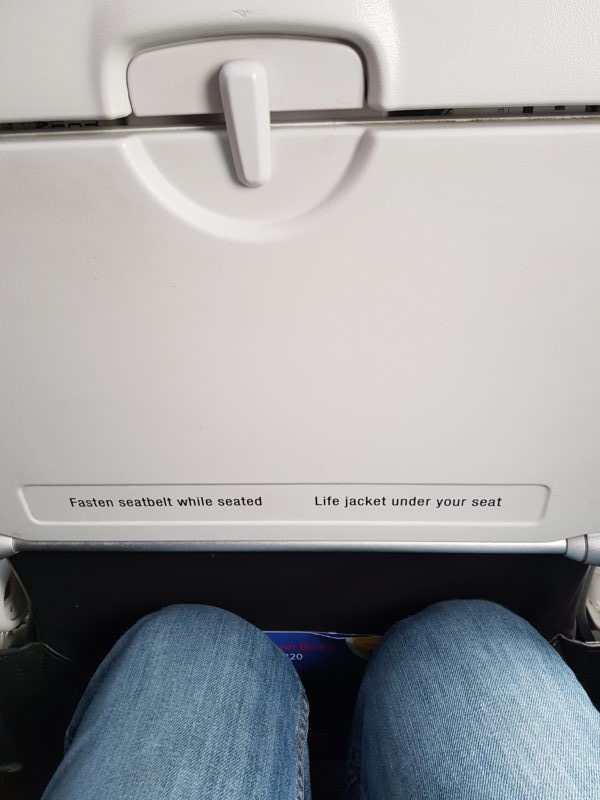 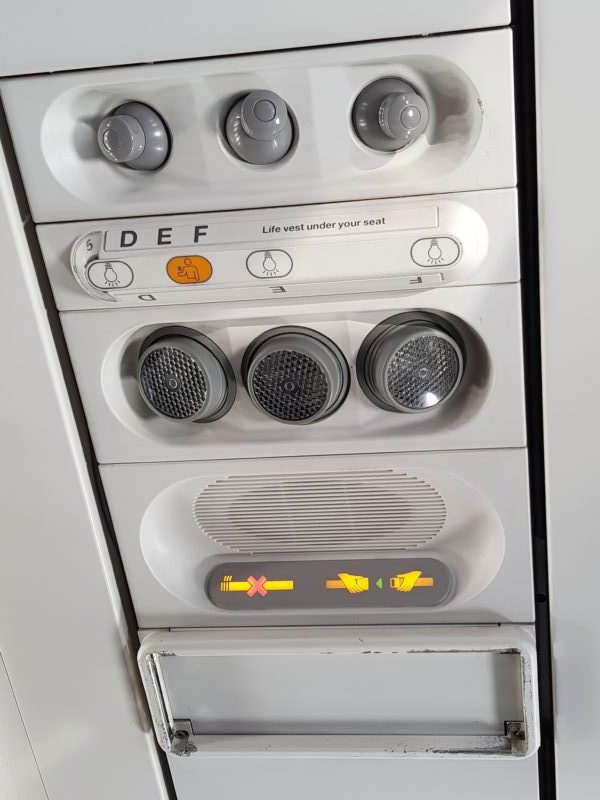 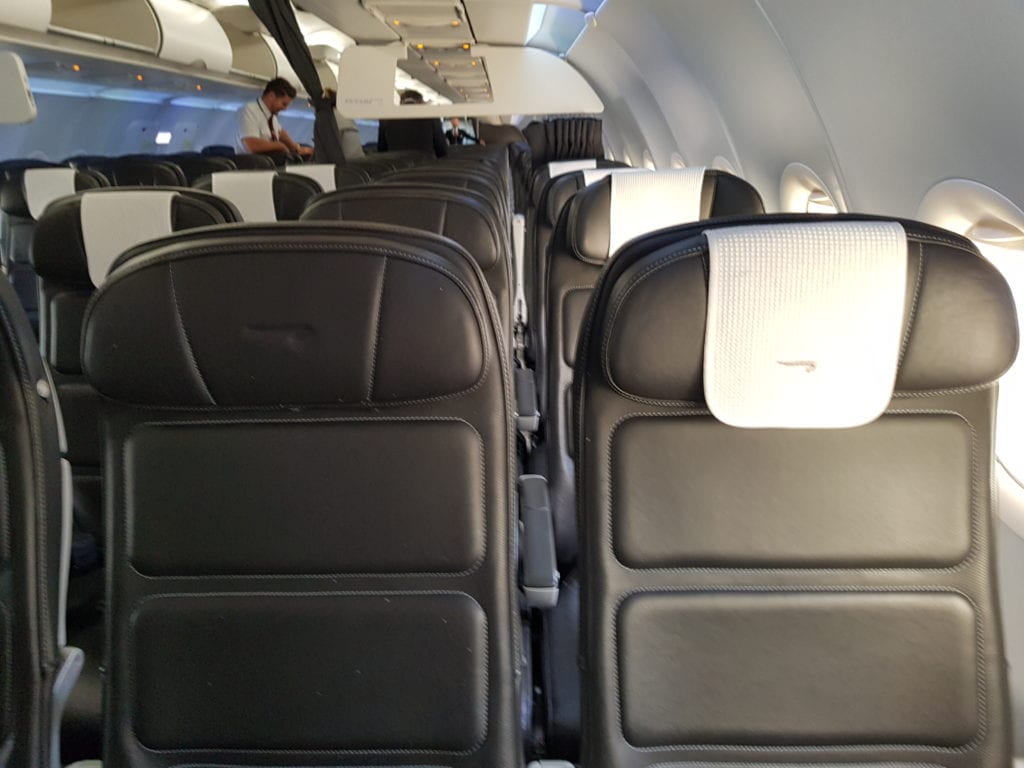 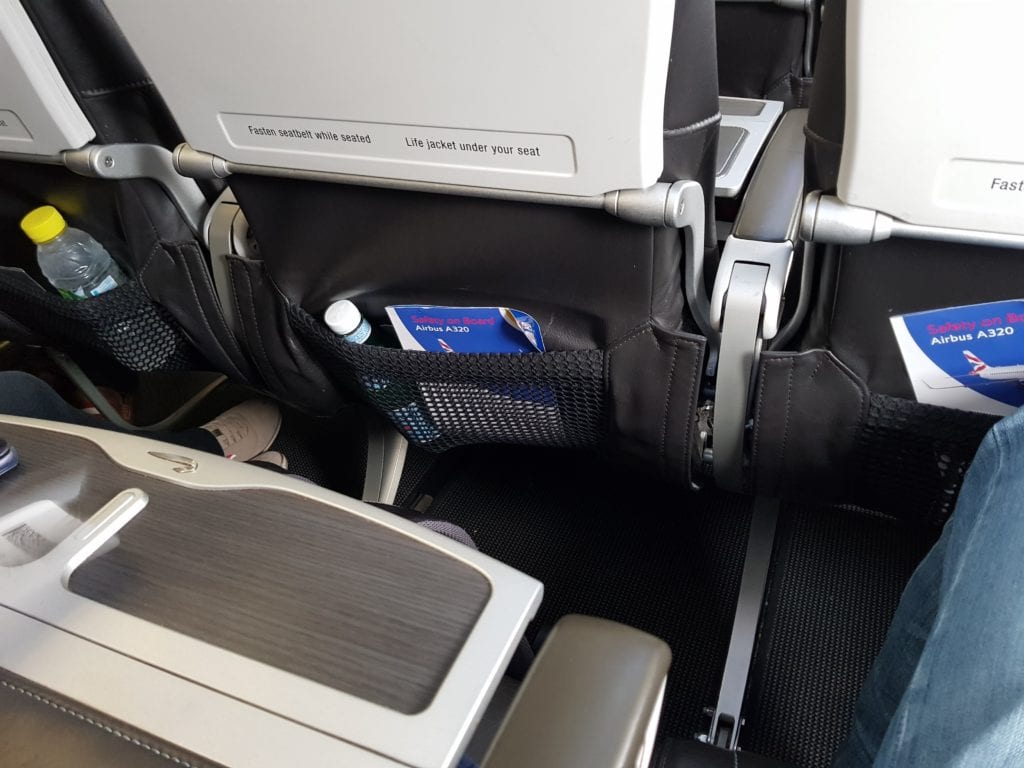 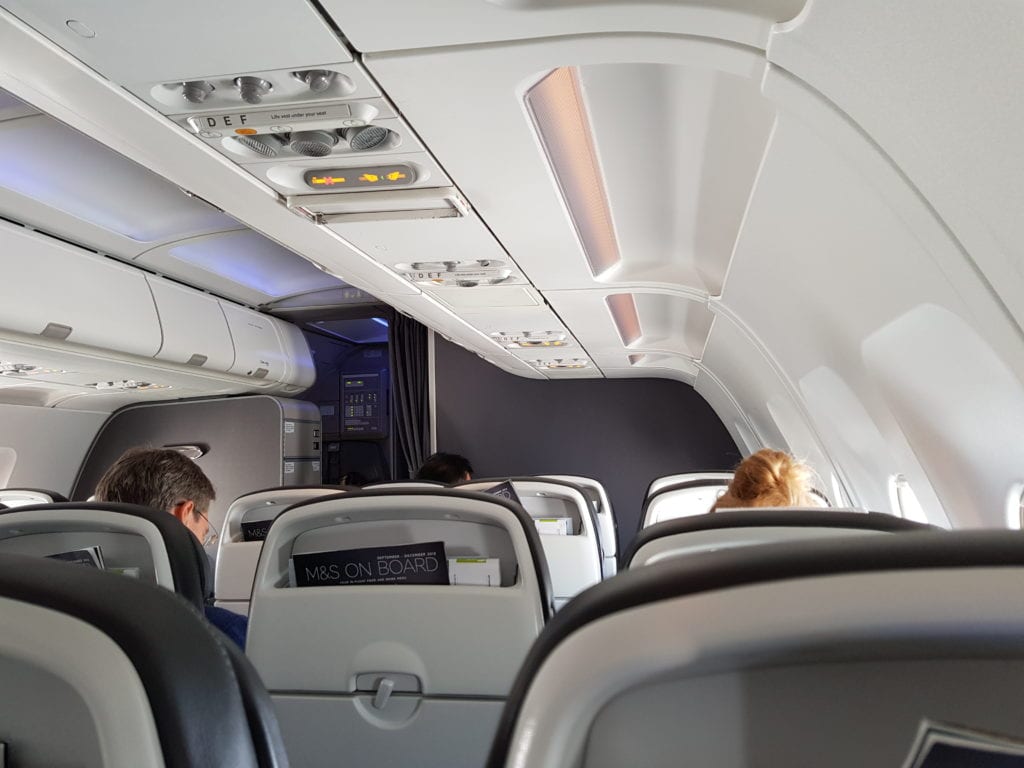 As aperitif I choose a Gin Tonic, and it was nice to see that British Airways serves Fever-Tree tonic instead of Schweppes. During the meal you could order more drinks but I was satisfied with my Gin Tonic.

A small lunch tray was served as well, and we had the choice between a feta lentils or Caesars salad. Surprisingly, both were tasteful and especially the dessert mousse was delicious. It definitely seems that British Airways improved their food quality over the last years. 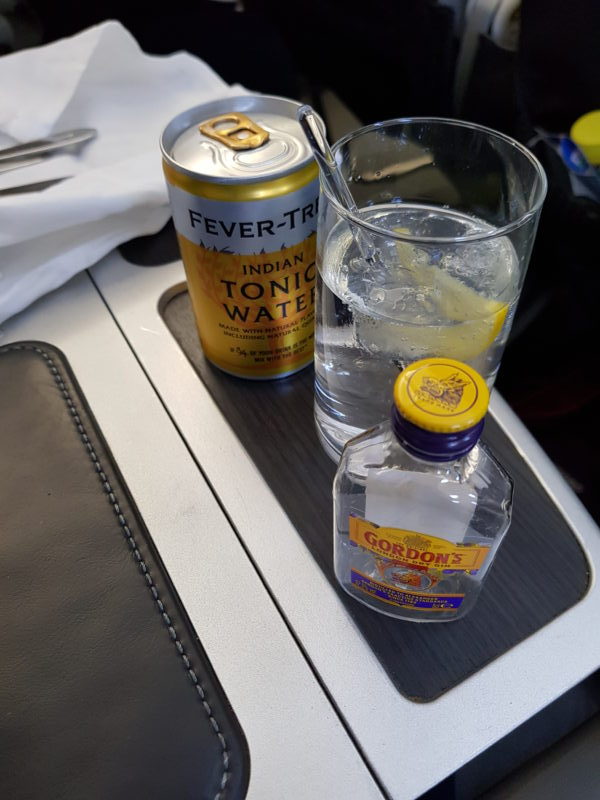 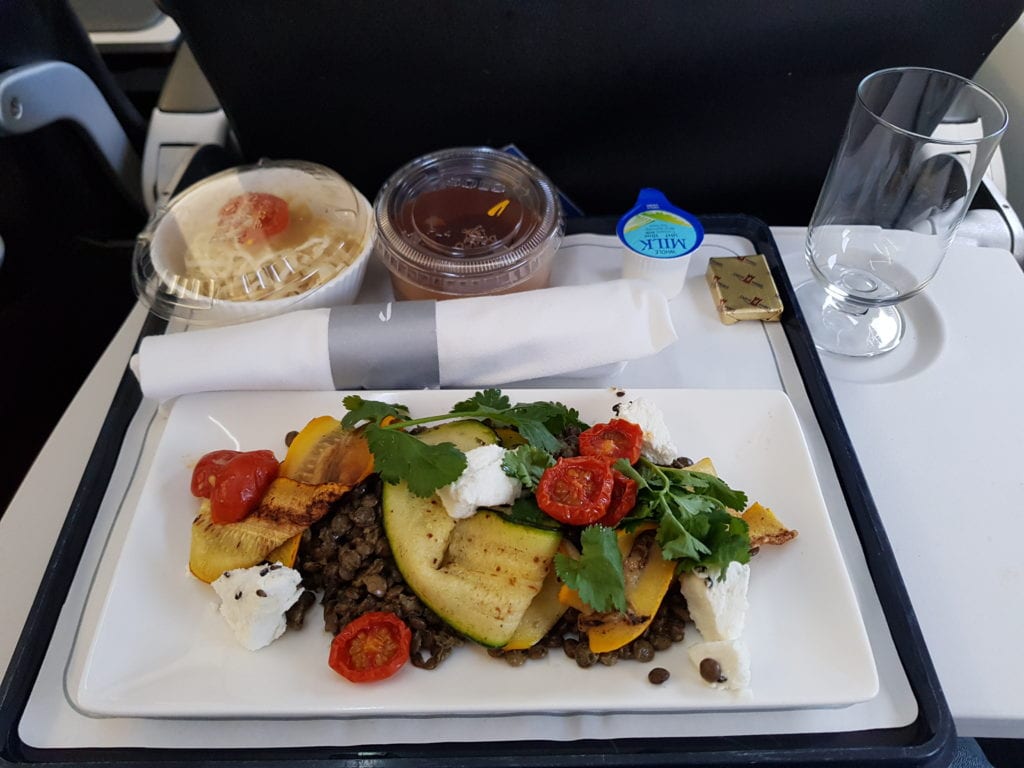 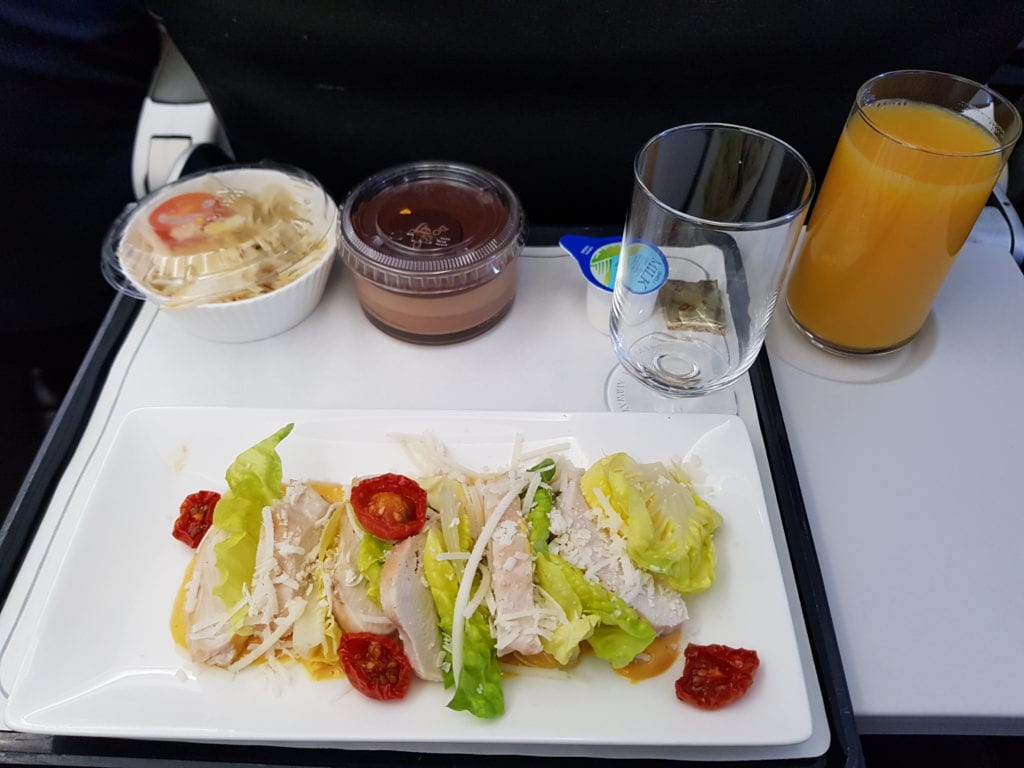 Staff was very polite and helpful, in that respect the flight was perfect. In terms of other services, you had the choice of the standard magazines, and unfortunately, WiFi is still not available in Club Europe these days. 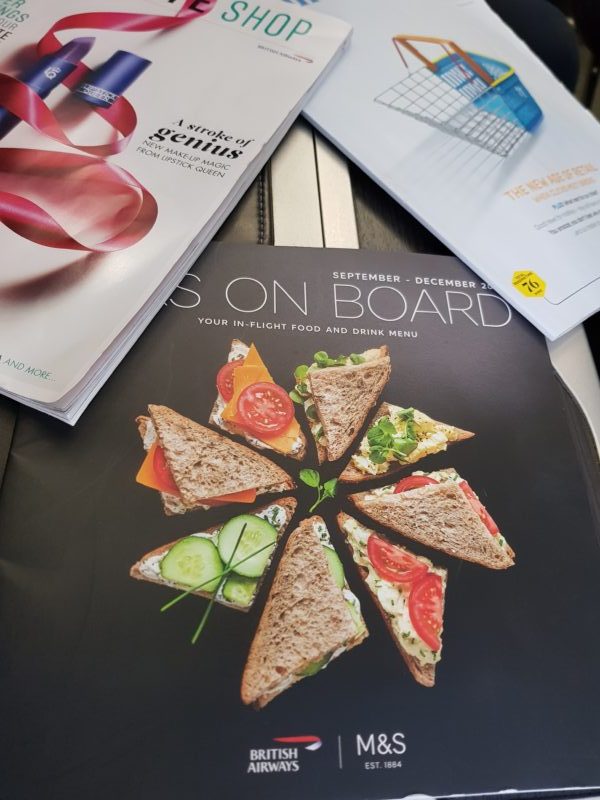 Business class in general on the European carriers for domestic flights, does not give you much more value over economy other than a drink and a meal, and British airways is no exception here. The staff however was surprisingly friendly, but WiFi is still missing on continental British Airways flights. For 160€ return, lounge access and 80 tier points as we described here: Fly business class Luxembourg-London 160€, whole year you can however definitely consider flying Club Europe if you need to check some luggage, as the price is hardly higher than a usual economy flight within Europe and it is one of the cheapest business class return flights out there. 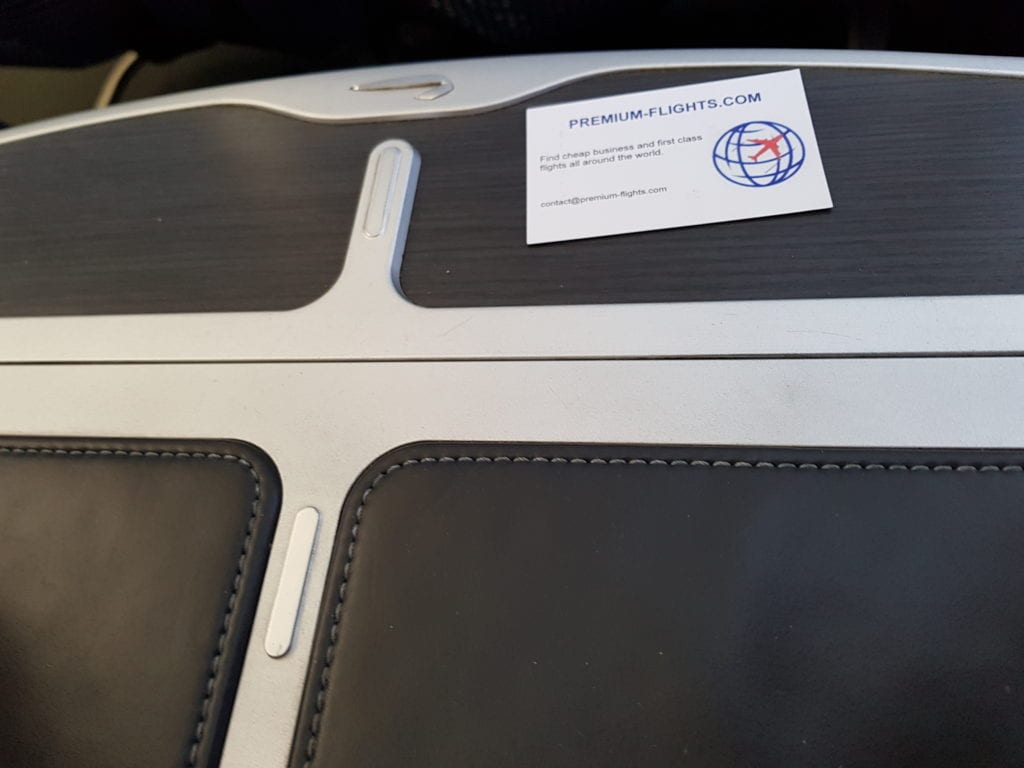 2 comments on “Flight review: British Airways Club Europe, Luxembourg to London on A320”