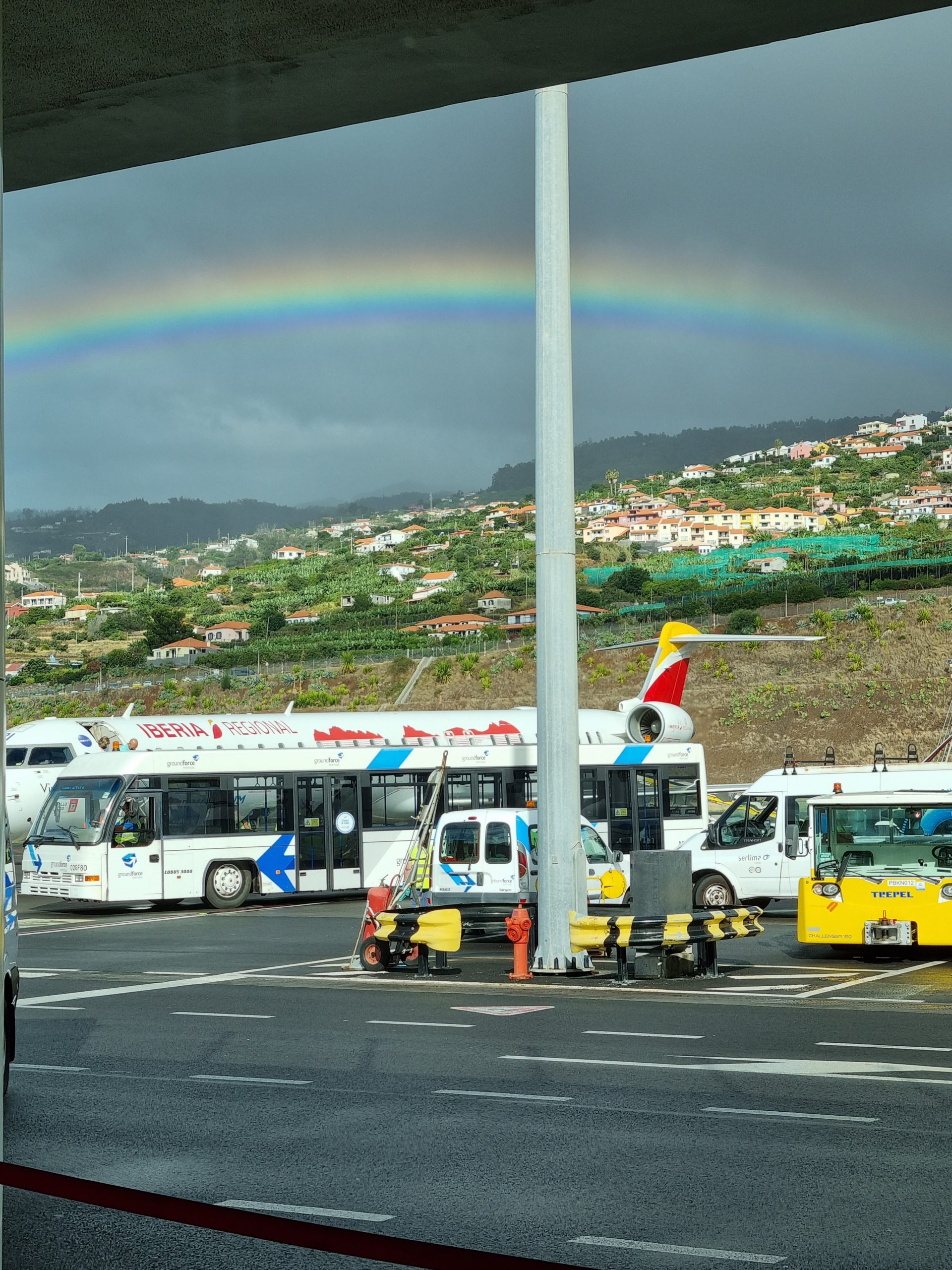 Check in was performed through a dedicated counter and went smoothly.

Security wasn't an issue, but boarding was rather chaotic. There was a single counter to check boarding passes and directed passengers to take a short bus hop.

Business class passengers received no priority. At some point an agent escorted us to the front of the line, but only because we were travelling with a toddler.

Air Nostrum has a fleet of CRJ-1000 only, our flight was about 2 hours long. 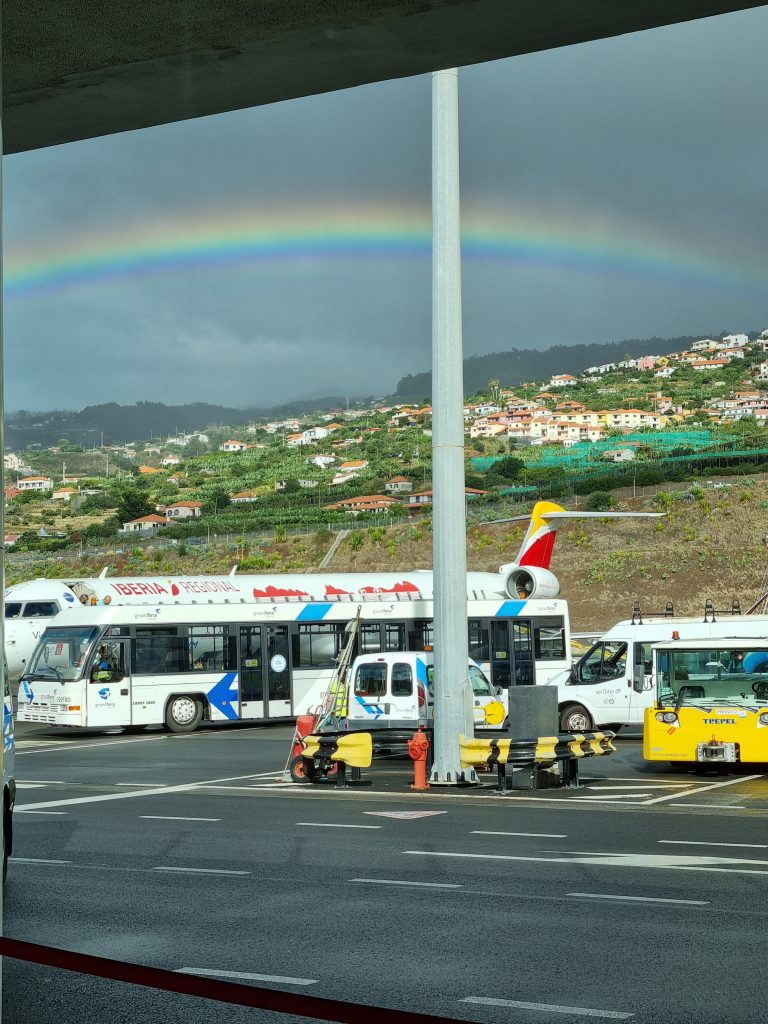 The whole aircraft is in a 2-2 configuration. Seats are pretty standard but looked like from a decade ago.

At least in our seat, in the front row, you have some extra legroom. So the front row might be considered as the best seats on the plane.

However, the tray table is in your armrest and for people which are a little bit taller, it is very uncomfortable to eat in those seats, as your legs barely have place under the table. 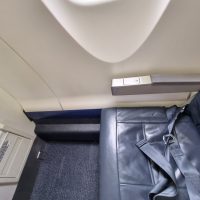 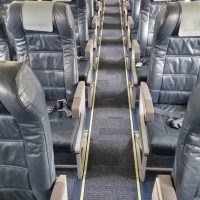 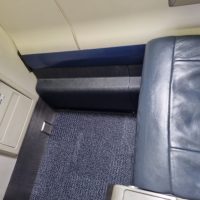 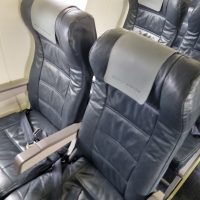 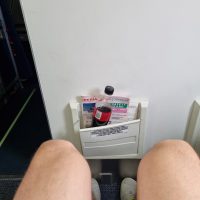 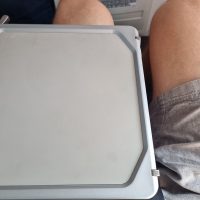 Upon boarding, you received the nowadays standard sanitizer. In business class, you can place your jackets and stuff in a dedicated drawer if you which. Furthermore, the front toilet is reserved to business class passengers only. 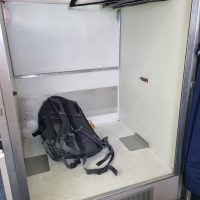 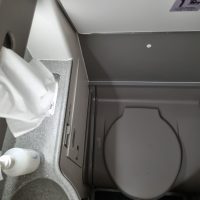 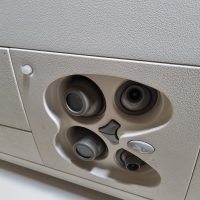 Surprisingly, WiFi was available on board, which was a nice touch. However, internet itself is not available, only a small selection of magazines, videos and audibles.

We were served breakfast, and you had the choice between two different dishes. While not looking very good, both of the dishes were surprisingly tasteful and at least here Air Nostrum can compete with other intra-European Business Classes.

They have a dedicated food and drinks menu in economy class 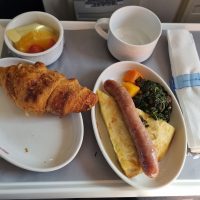 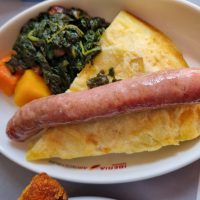 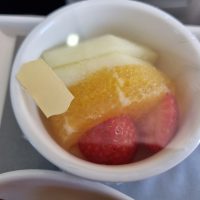 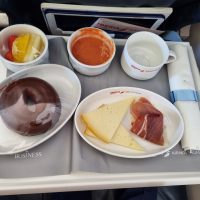 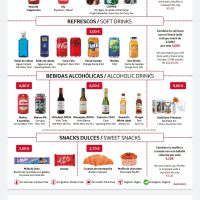 Service was solid with staff asking multiple times if they could bring you another coffee, water or something else 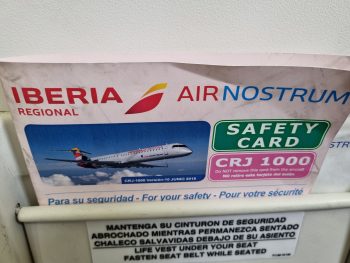 With the seat next to you not empty in business class, the upgrade makes no sense at all. Despite the food you get served for free, you have literally no other advantage over economy class.