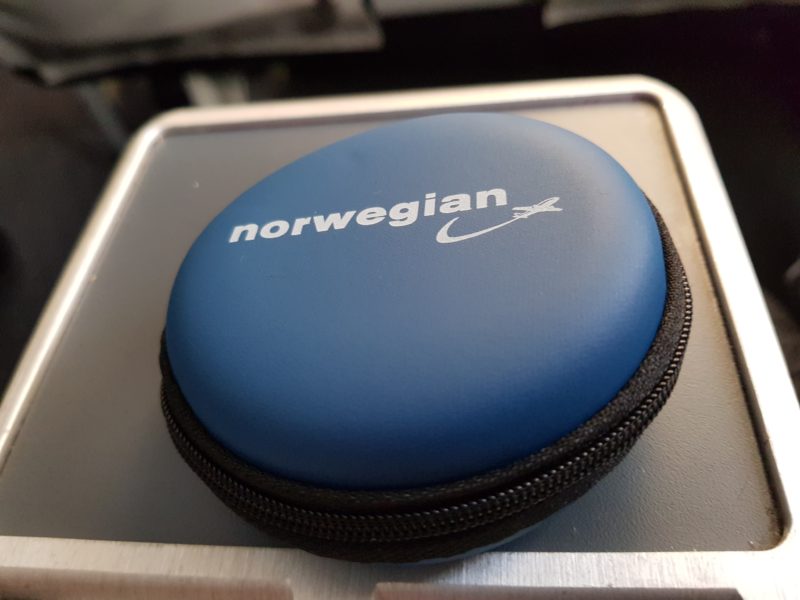 Flight review of Norwegian's Premium class on a Dreamliner from Paris to Boston.

We needed a one way ticket from Paris to Boston. As we did not find any mileage redepmtions which suited us and buying a premium class one way ticket was not an option, we opted in for a 460€ flight with Norwegian's Premium Class for this day-flight from Paris Terminal to Boston. 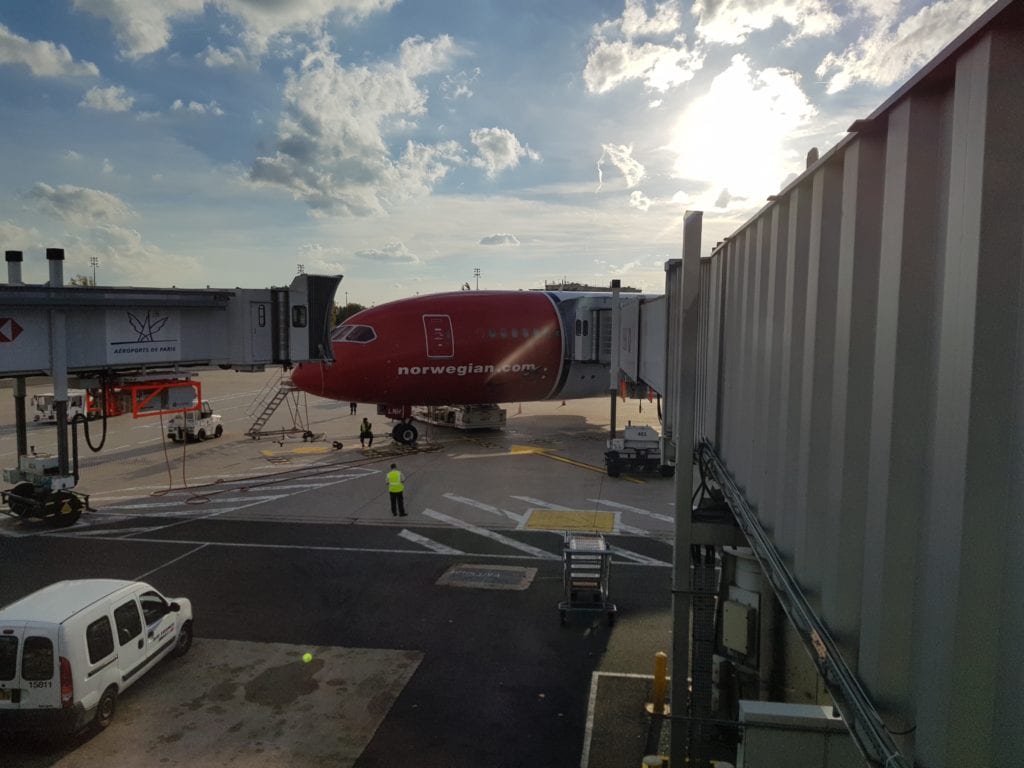 Premium class members can check-in at a seperate counter. In terms of boarding, Premium class passengers could board the plane before the rest of the passengers which worked suprisingly well.

The Icare lounge into which you have access flying Norwegian Premium class is a joke. You can find the full review of the lounge here:

While waiting for other passengers to board, a pre departure drink was served where you could chose between orange juice and water. 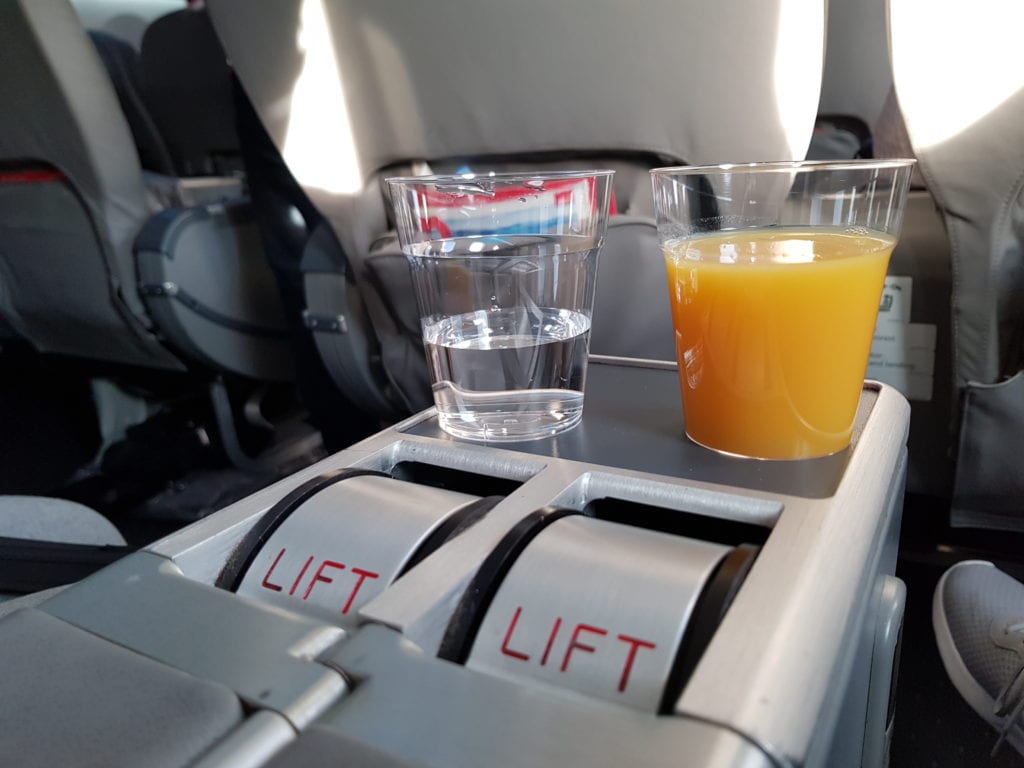 The brand new Dreamliners definetly comes with more comfort in terms of air quality. The air was not dry at all and after the flight neither of us had the usual dry throat. The aircraft is also very quiet compared to older ones which makes it easier to sleep.

The windows however will not turn dark completely due to the lack of blinds.

Seats here are staggered in a 2-3-2 configuration. Like always with these configurations, sitting in a middle seat between 2 strangers might not be a very pleasant experience.

The seat itself is really comfortable with an adjustable headresast and with more than enough legroom and also width is not a problem. You can literally strech out your legs without any problem. The seat reclines fair and you can fold out a support for your legs. It is not at all a problem to take some short naps in those seats, however for a redeye flight it might just not recline far enough to get some good quality sleep. Another problem with the recliner seats are that the space in front literally vanishes when the person in sitting in front of you reclines his seat, and if you are not sitting in the alley you have to ask your neighbor to stand up to leave your seat. It is impossible to climb over the passenger next to you in that case.

Every seat has its own ventialtion, reading lamp an a power socket.

Storage space is limited to the in the seat in front of you.

The entertainment system is stored in the armrest. It is big enough and the image is of a decent quality. However the selection of movies and series is limited compared to other major airlines. 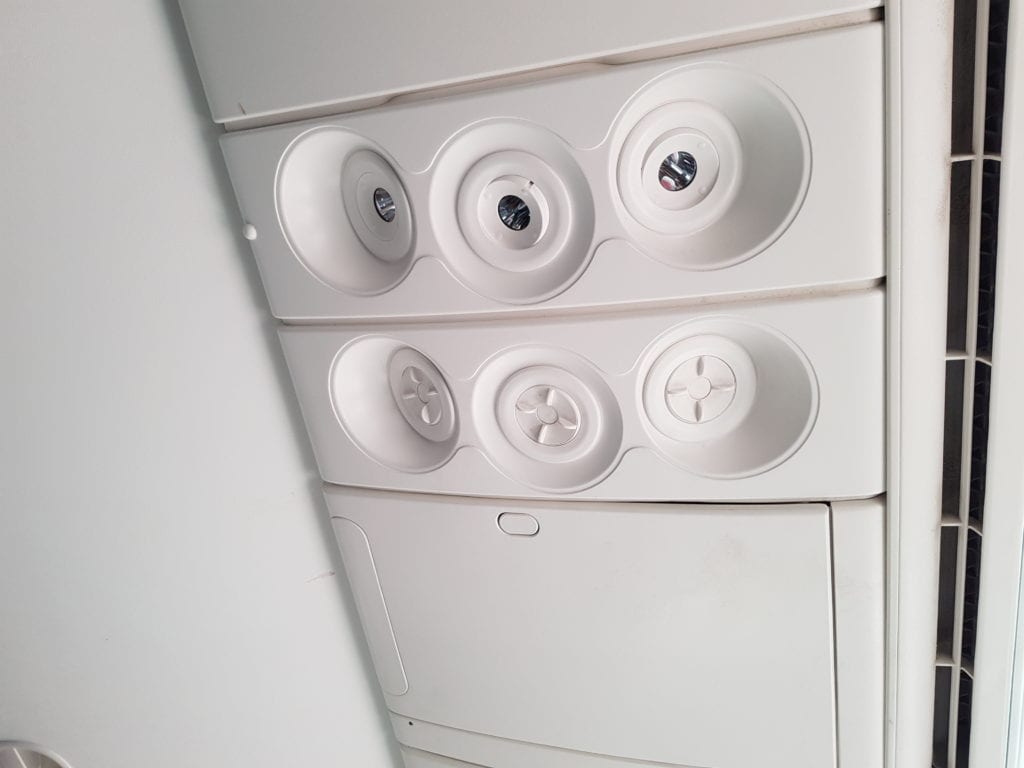 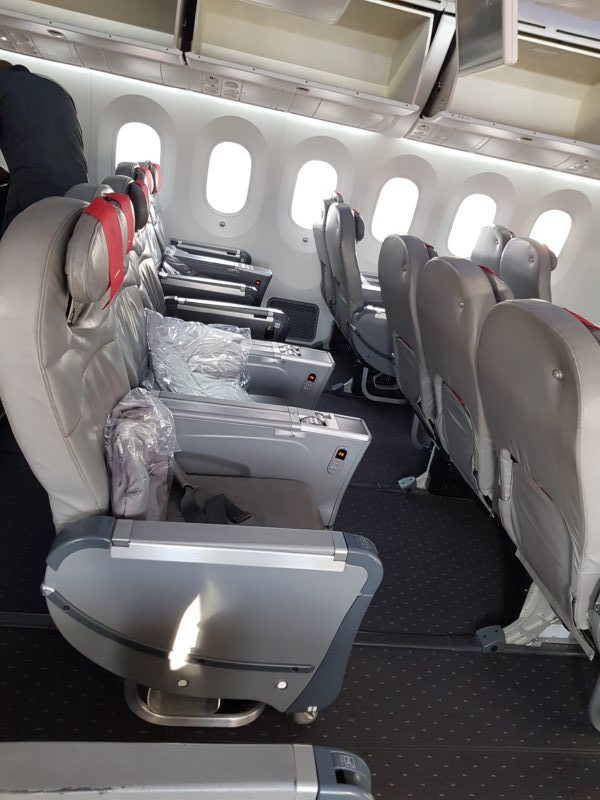 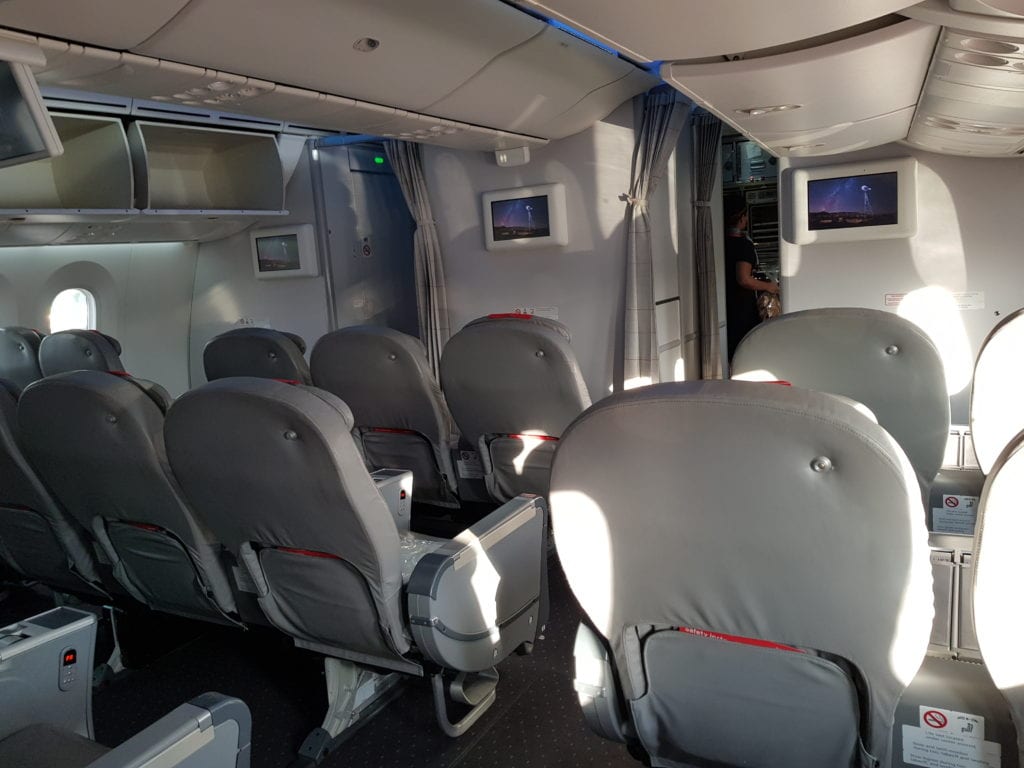 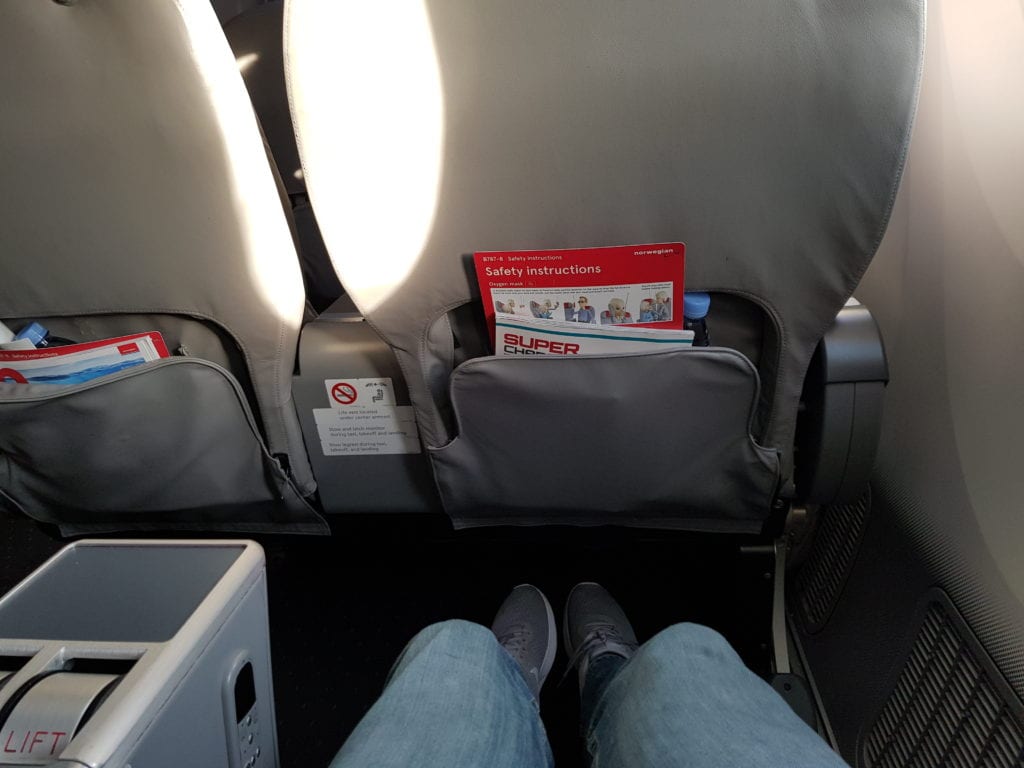 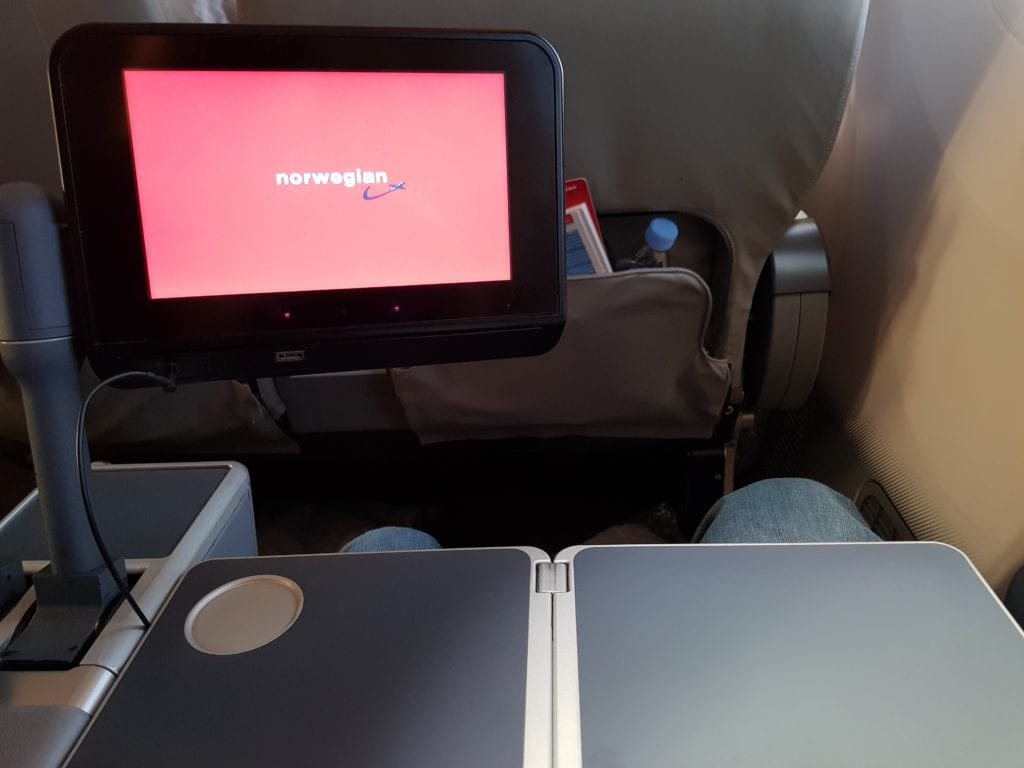 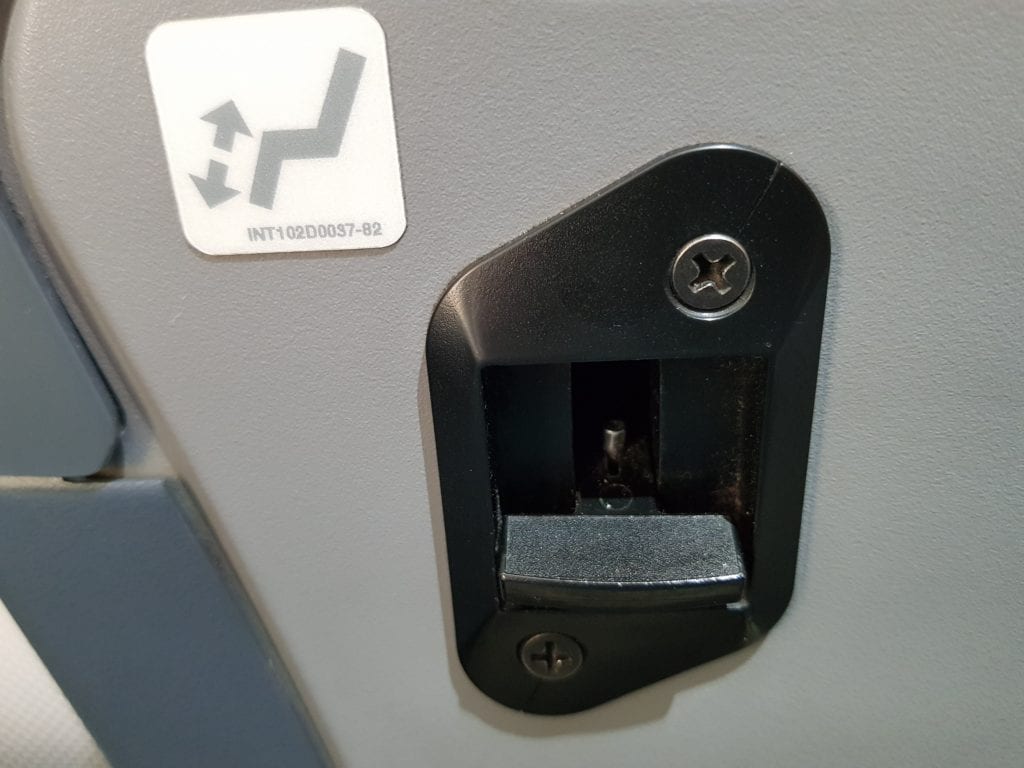 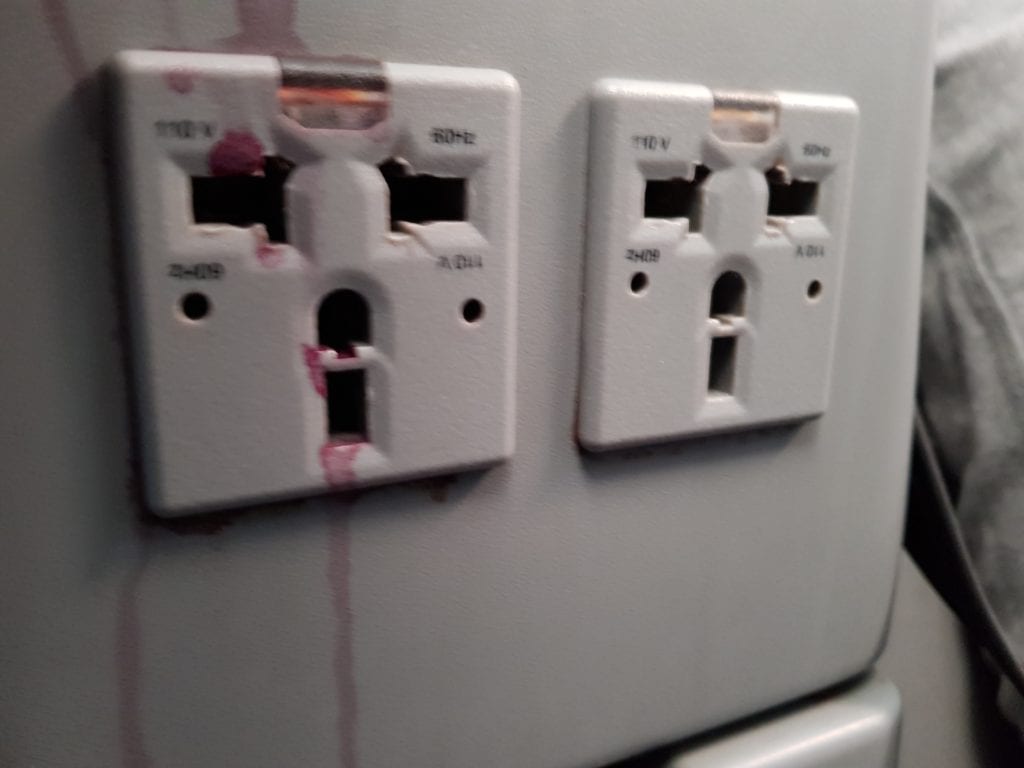 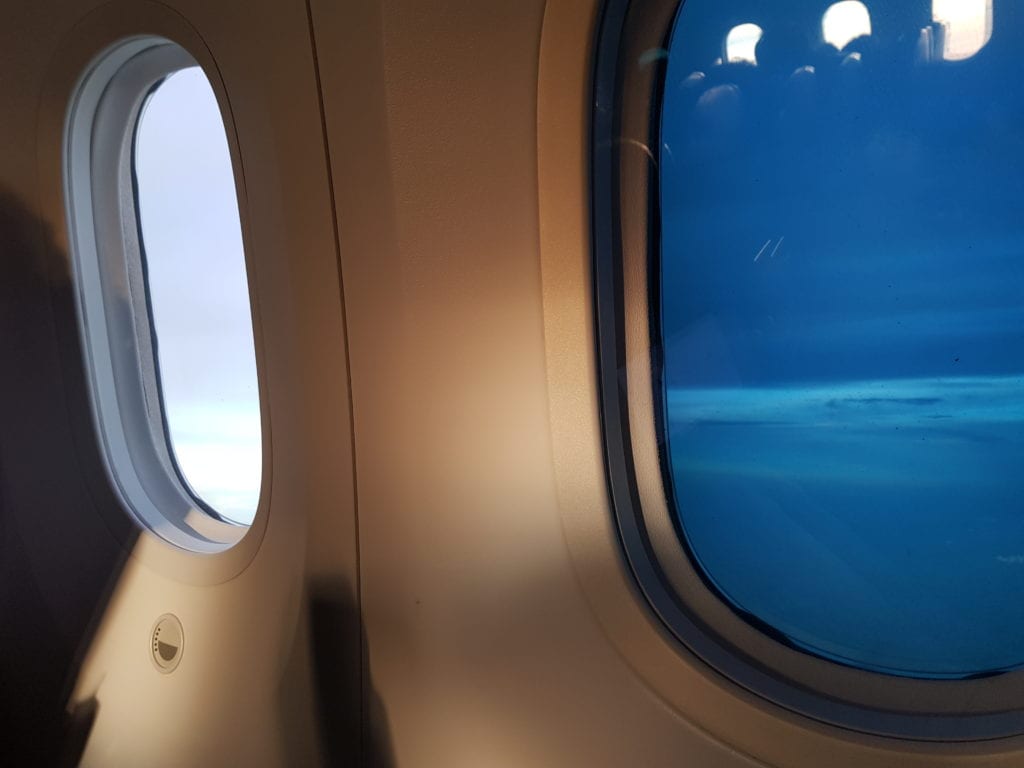 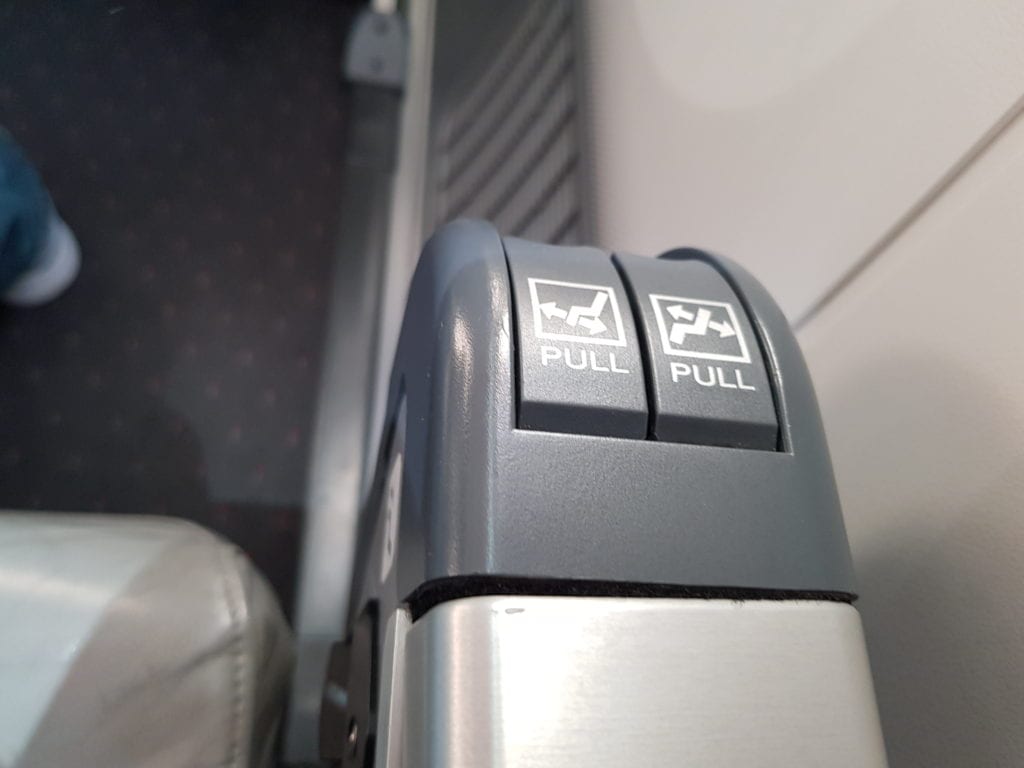 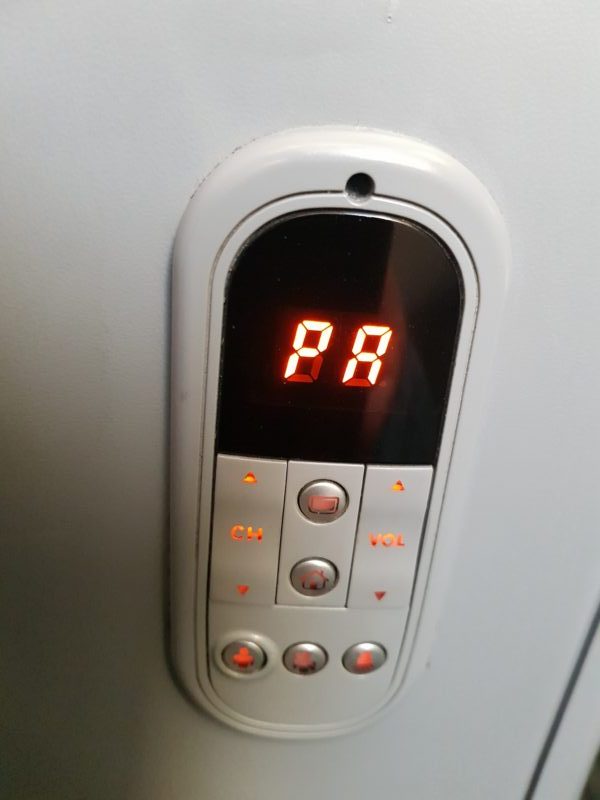 In terms of drinks the avilable choice is huge.

You can chose between two options and the meals are always served on a single tray incuding startes, main and dessert. It was nothing special but served the prupose as a meal and and was not bad either. 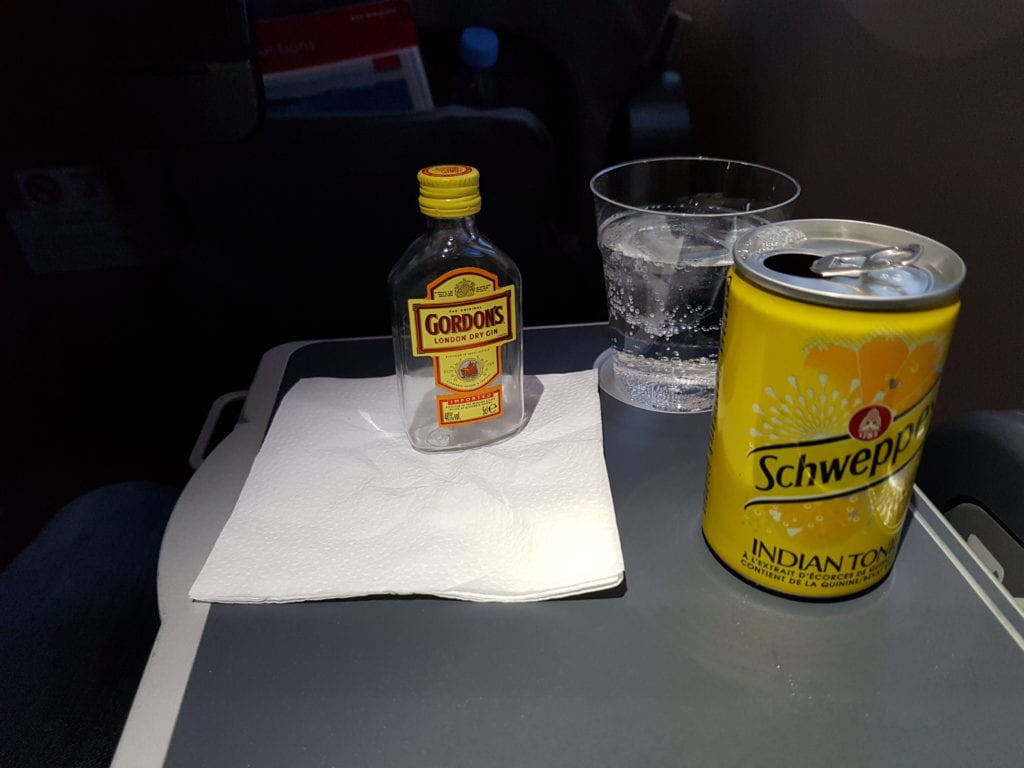 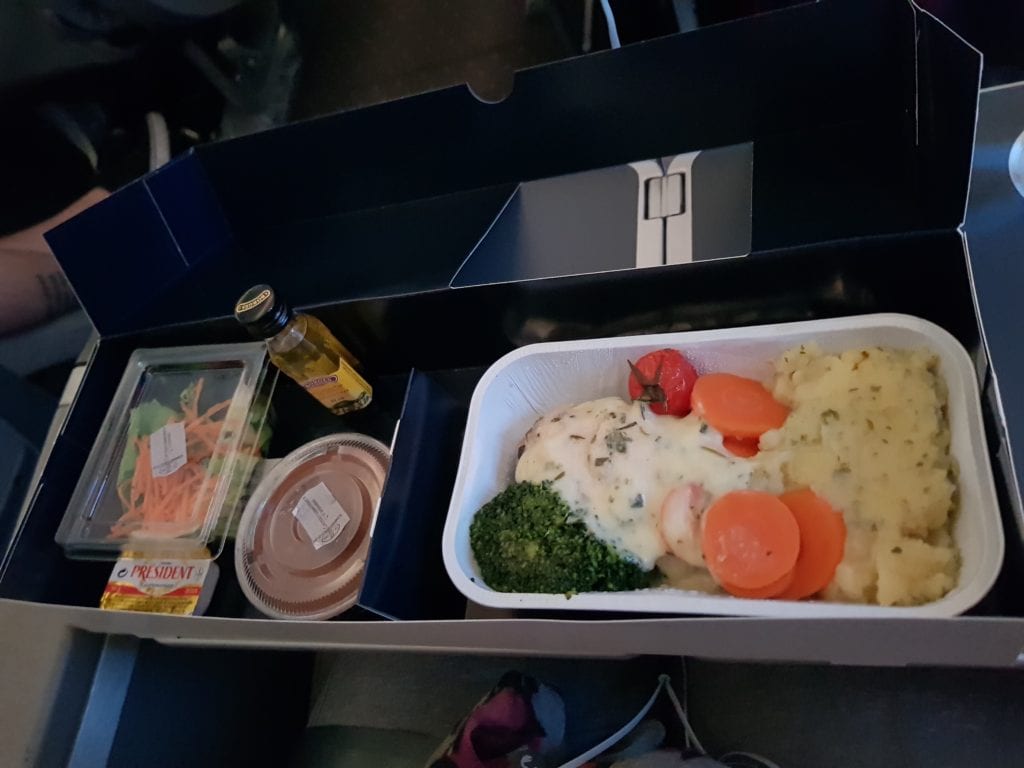 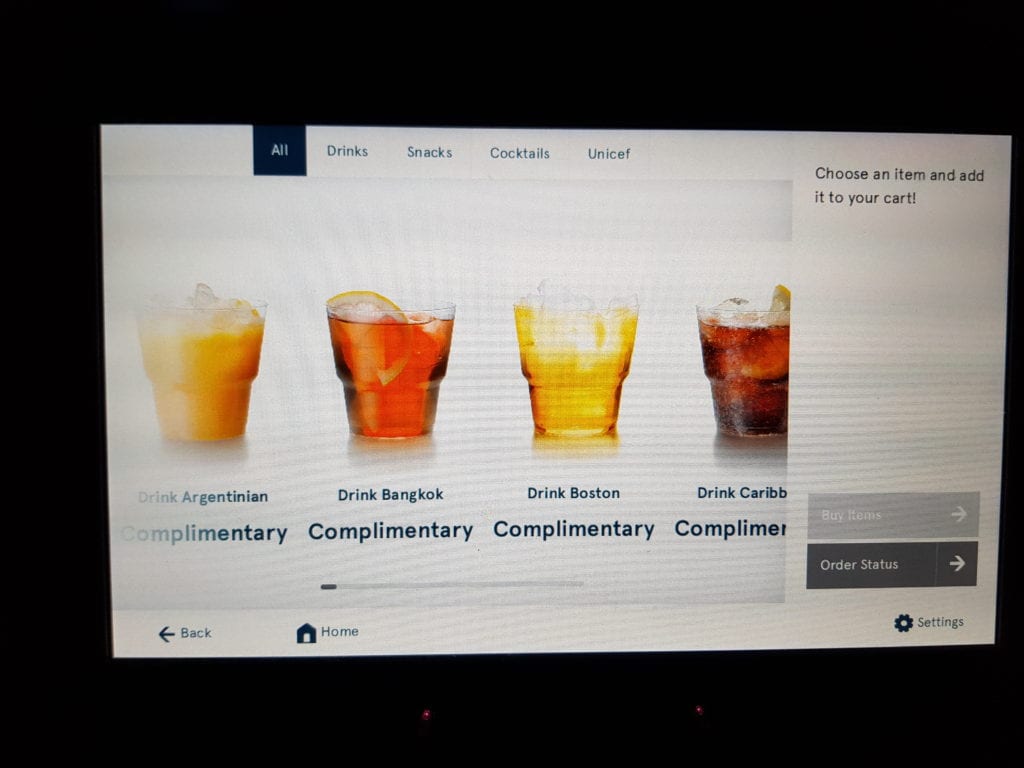 No amenety kit is provided by Norwegian. The only thing you will get are headphones packed in a case as well as a blanket. 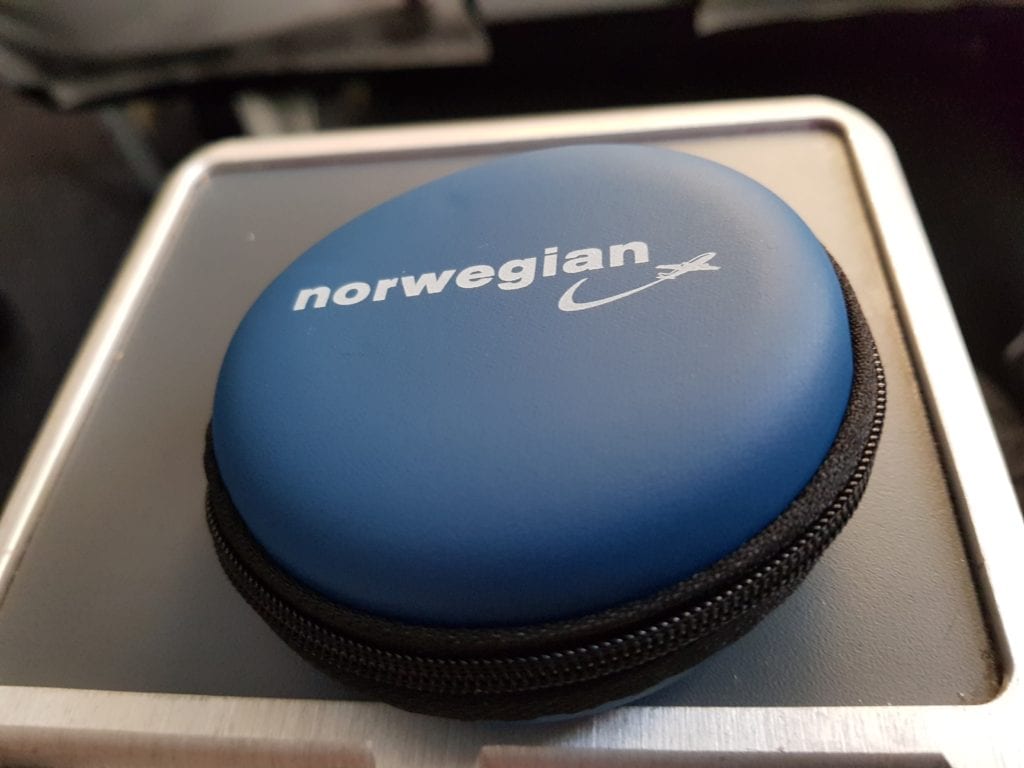 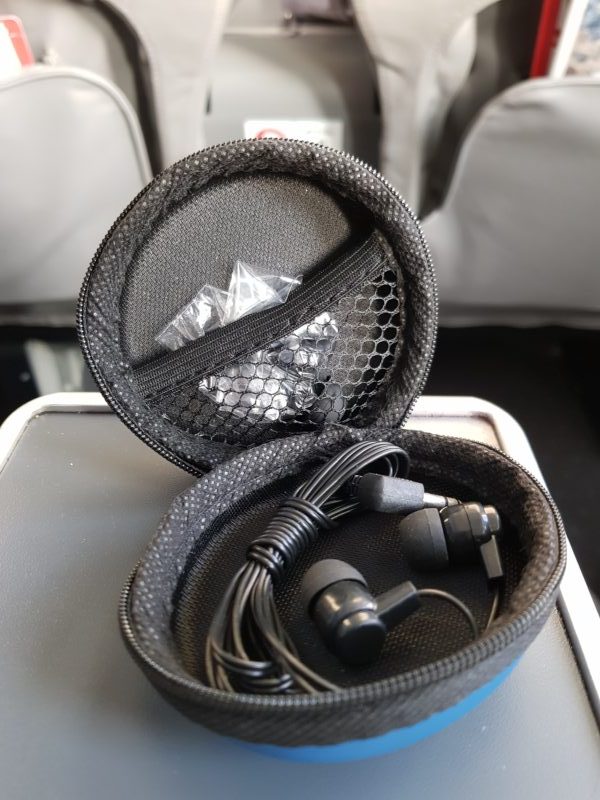 In terms of service, I really have to  praise Norwegian. Staff was very friendly and attentive all the time, and ordering something trough the entrertainment system worked flawless.

I will definitely consider Norwegian's Premium Class in the future for day flights from Europe to the East Coast. It can not be compared to the major carrier's lieflat business class seats and service, but considering the high availability and decent price, this definetly is an option to get over the Atlantic quite comfortable. However for a night flight I would rather prefer to have a lieflat seat, but if you are not able to score a decent deal elsewhere, Norwegian Premium Class is a decent alternative.