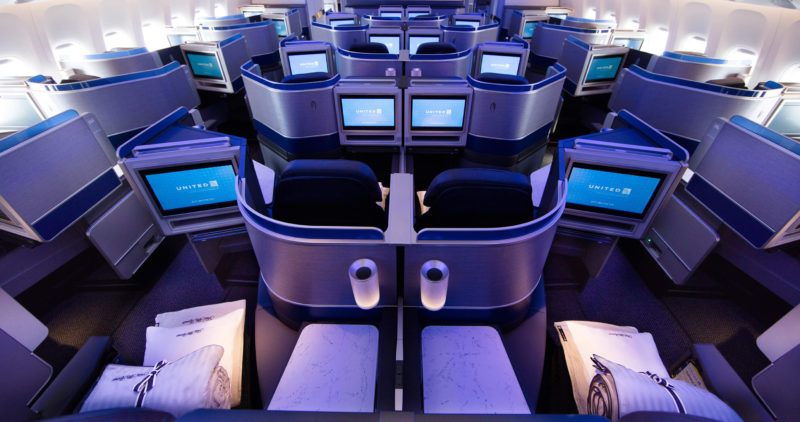 Many people prefer of course to fly with this product rather than in the old business class cabin. Therefore, it is helpful to know on which planes and routes this product is operated.

Here on our page premium-flights.com, we publish new business class deals every day, from North America and from Europe, and from time to time those with United Airlines and the new Polaris seats as well, when good deals are available. 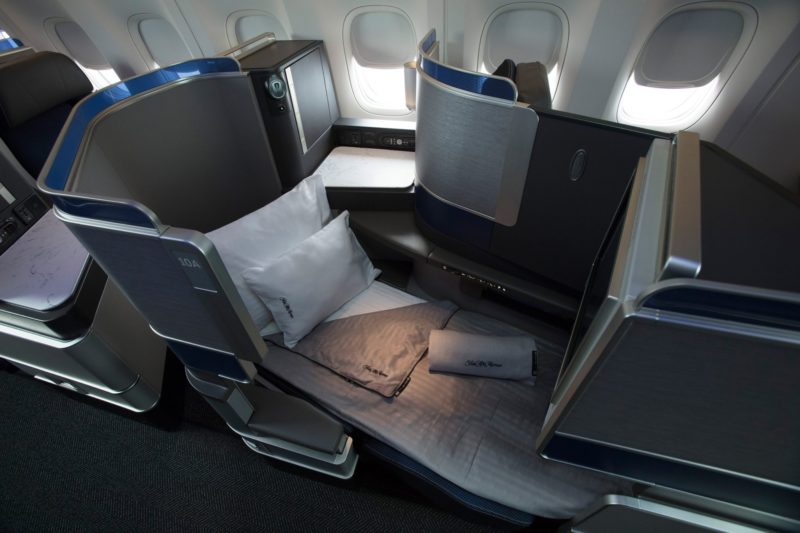 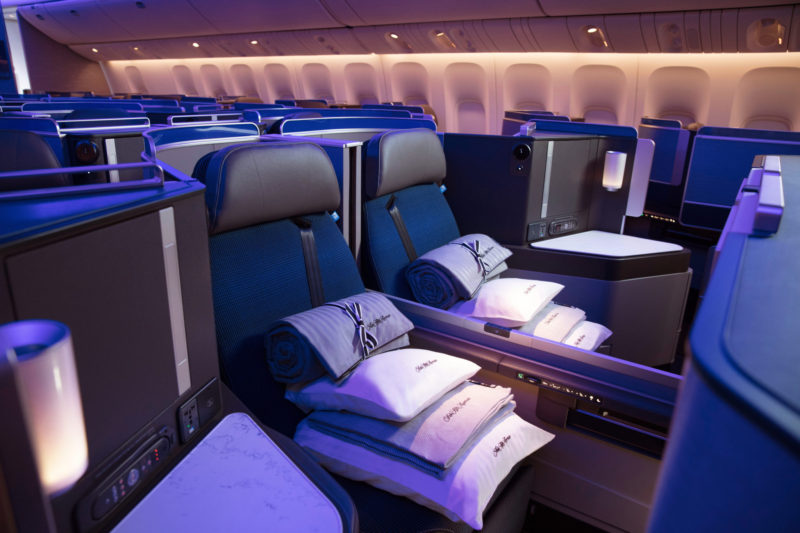 A little warning, the following information is not binding in any way. United Airlines can change flight equipment at any given time without further notice, for example if an aircraft is out of service or for any other reason. Furthermore, they change the routes quite often for the summer or winter schedule. As you booked a business class flight you will of course be in business class, but without the new POLARIS cabin. You usually won't be able to change or cancel your flight free of charge.

To the MIDDLE EAST

Within the UNITED STATES

There are a few other routes who sometimes get flown as well with the new Polaris seats, but that's too hard to predict and the reason why we didn't put it in the list. 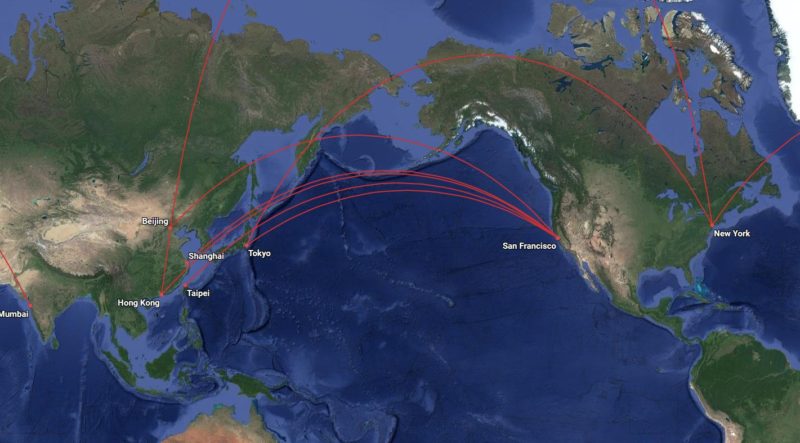 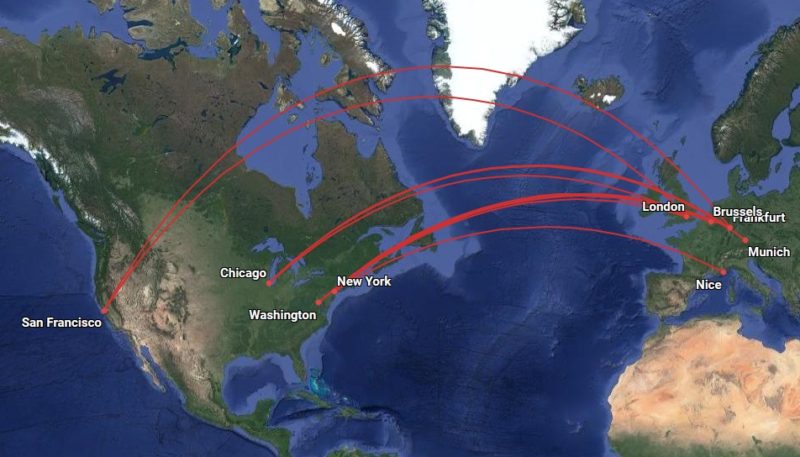 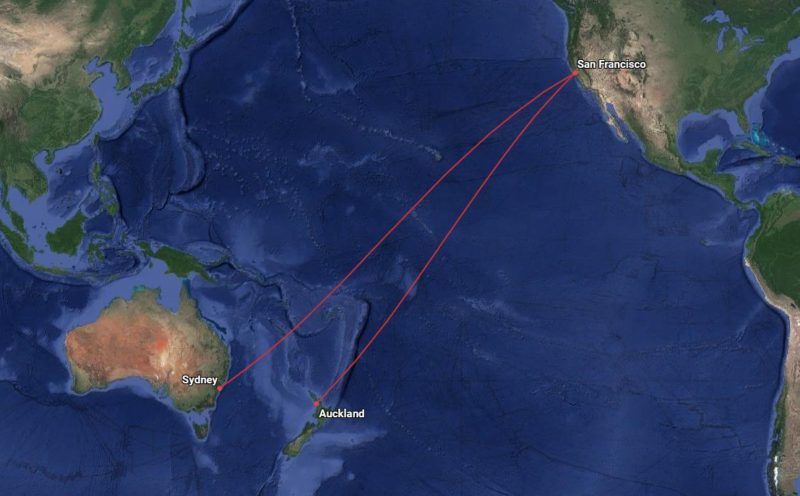 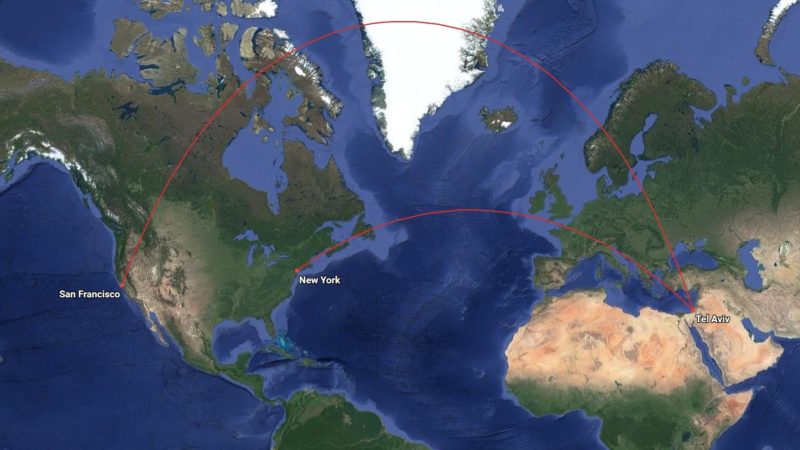 How to check if a United Airlines flight offers the new Polaris seats?

The way you can tell if an aircraft has the new polaris cabin is from the seat map. We use ExpertFlyer, but you can as well use Seatguru to check the seat maps, here is what you need to look out for. 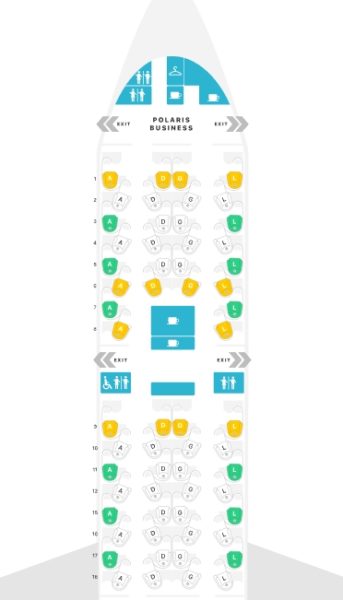 …then the flight will be operated with the new Polaris cabin.

For the B767-300ER the new Polaris cabin will look like this, in a 1-1-1 configuration due to the smaller fuselage 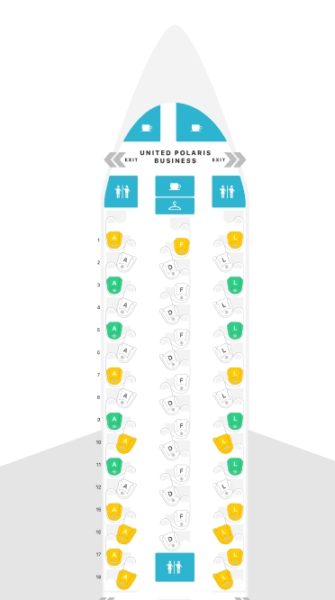 On the other hand if the seat map is showing a 2-2-2 cabin layout like this…. 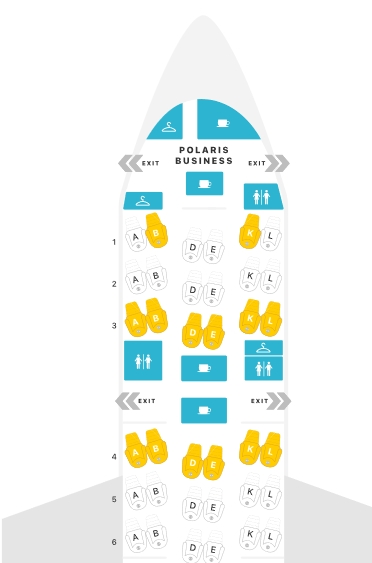 …then you’re looking at an older model Business Class cabin and NOT the new Polaris cabin. Other aircraft with old seats show even more seats in a row.

For United Airlines it was more than just introducing new seats, it was a whole new Polaris experience. You get better seats, better food, better amenity kits and better lounges, called Polaris Lounge.

These airports have a Polaris Lounge at the moment.

And these airports will open a Polaris Lounge in the future

Below you may find All Qatar Airways Qsuite, BA new Club World Suite and Delta One suite routes:

All Delta One Suite routes with flight numbers

How many United Airlines planes are equipped with new Polaris seats?

How many destinations are operated by the new United Polaris cabin?

Over 20 destinations in Europe, Asia, North America, South America, Middle East and Oceania are operated by the airplanes with new Polaris seats installed.